Danny Jones rose to fame in 2004 as one fourth of Noughties boyband McFly, along with Harry Judd, Dougie Poynter, and Tom Fletcher. Fifteen years on, and a lot has changed for the singer/songwriter. Now at 33, he’s a dad to his 11-month-old son Cooper – who he shares with his wife Georgia Horsley – and he’s currently working on ITV’s The Voice Kids. But that’s not all that’s changed. Speaking to Express.co.uk, Danny revealed that his age is beginning to impact on his fitness. “As I’m getting older it’s definitely harder to shake off,” he explained. “I’ve definitely gained muscle. My body fat has always been similar. Generally I’m really good, but I do like a burger.”

I’ve definitely gained muscle. My body fat has always been similar. Generally I’m really good, but I do like a burger.

Speaking of his boy band days, he continued: “I look after myself more than I did in the early days. We never used to work out. We never had that pressure.

“We had to look pretty decent but I’ve looked back at some pictures and I’m like: ‘My god what did I look like.’ It’s only as you get older that you start to get into it and be obsessed with gaining muscles.”

It was recently reported that millennial are drinking less, with there being more of a focus on health and fitness. And it’s this pressure that has led to Danny paying more attention to his health.

He said: “I think the millennials are all working out and not drinking and I’m like: ‘What’s going on?’ It’s completely reversed, but it’s refreshing. I’ve got to start looking after myself now. I’ve never really felt the pressure.” 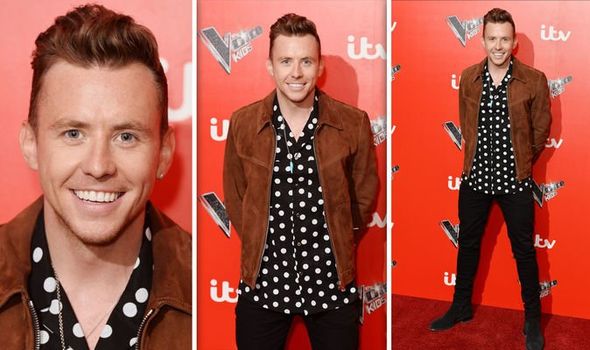 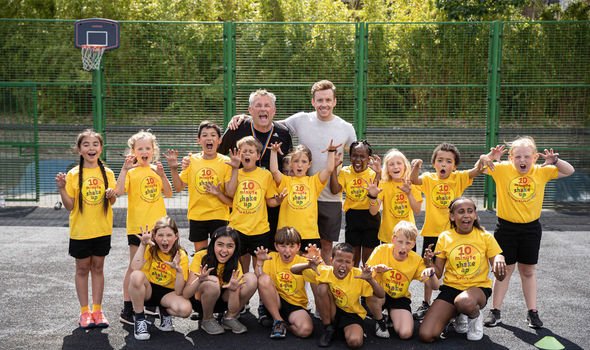 So what does Danny’s fitness regime consist of now?

While he admitted he doesn’t “religiously” go to the gym, Danny has a very active fitness routine.

“I like playing football, going for runs and golf, but I’m not religiously in the gym,” he said.

“I will be for like a hardcore six or eight weeks of a regime but generally it’s three or four times of the week of getting out the house and doing something active. It’s a good feeling when you come back and you’re a bit knackered.”

The McFly star has now teamed up with Public Health England, Disney UK and Sport England to encourage children to exercise with their Change4Life 10 Minute Shake Up campaign, and it has pushed him to get his son Cooper exercising from an early age.

Speaking of their father and son activities, he shared: “Cooper likes to walk around and go to the park. I’ve got him into scooters recently. He particularly likes one of the 10 Minute Shake Up exercises called Simba’s Mighty Roar, which involves lots of jumping and roaring.”

He contined: “He’s such an active kid. He just climbs on everything. The amount of times I have to tell him to get down from somewhere. I try and do as much with him as I can. It’s important.”

Working out hasn’t only strengthened Danny’s bond with his son. Last year, the dad-of-one opened up about his battle with anxiety, which saw him suffer a crippling panic attack while performing for the Queen. He revealed his parents’ split had caused him to have chronic sleep problems and panic attacks.

Thanks to his healthier lifestyle, Danny has managed to face the mental illness head on. He explained: “I got involved with this campaign straight away because being physical activity for me is massively important. It’s helped me a lot over the years.

“Firstly it was about being part of team, for instance when I was at school and I use to play football. But as I’ve got older being active has been good for my physical health and my mental health as well. It makes you feel better, and it helps with any anxiety or stress.”

The former Westlife star managed to slim down following his stint on Dancing on Ice and after embarking on teh atkins diet. 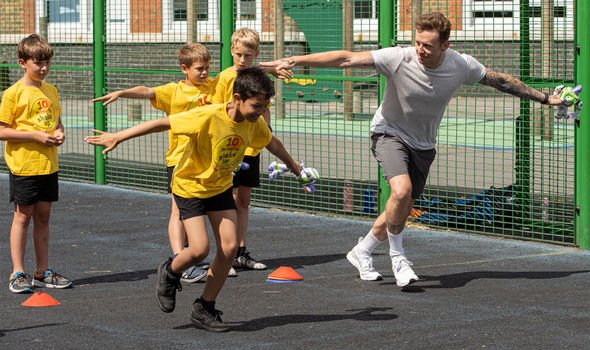 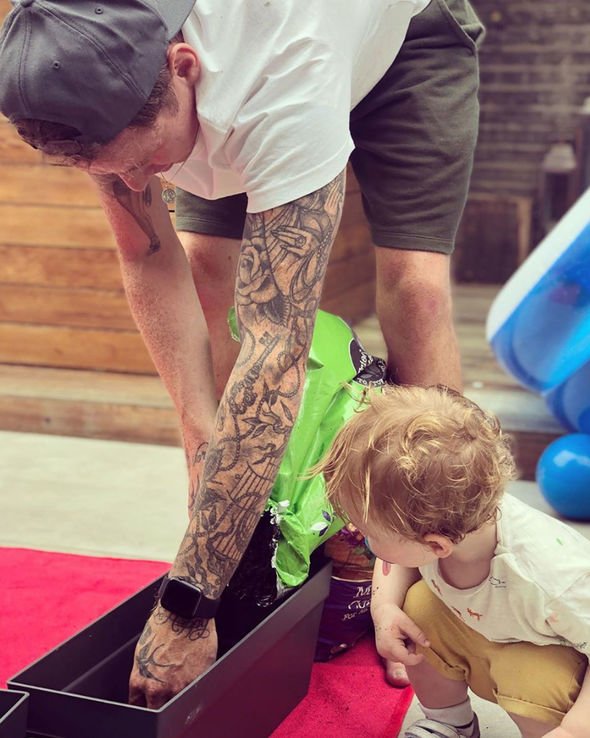