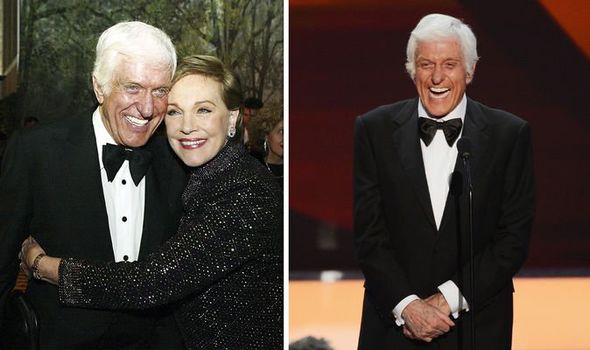 Dick Van Dyke showed in a recent interview how he stays fit at the age of 95 performing his fitness routine he practices on a daily basis.

The actor lives in a stunning home in Malibu, California, where he works out every day.

While demonstrating his abs workouts and fitness equipment, Dick explained: “I’m 95 and a lot of my friends won’t do these.

“The stomach is the core of your whole body.

“If your stomach’s strong, you’re in good shape.”

Dick explained his workout is what has kept him healthy and fit for over 95 years, as well as doing what he loves the most.

“So all you old guys out there, listen to me.

“I’m telling you, you can keep going.

“I’m still dancing and singing!” he said during the interview with CBS This Morning.

The actor explained that while performing in recent musicals, he was always offered different dances but he would always choose the most difficult one.

The actor said: “[They] gave me three versions, and I took the hardest one.

Van Dyke continued: “I had friends who said, ‘You’re crazy’.

“But it seemed to help a lot of people.

Some of the actor’s most famous performances were in Chitty Chitty Bang Bang or Mary Poppins.