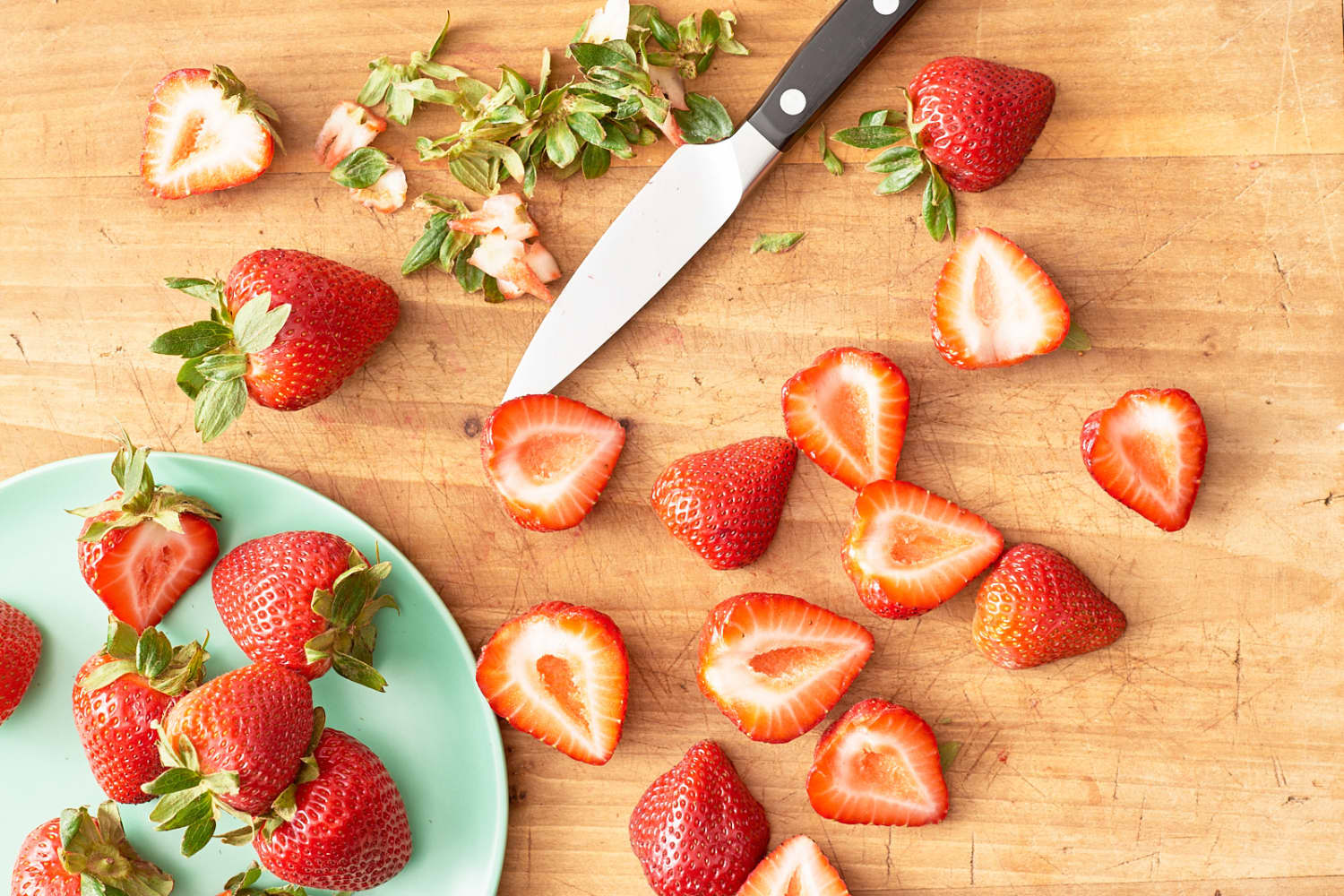 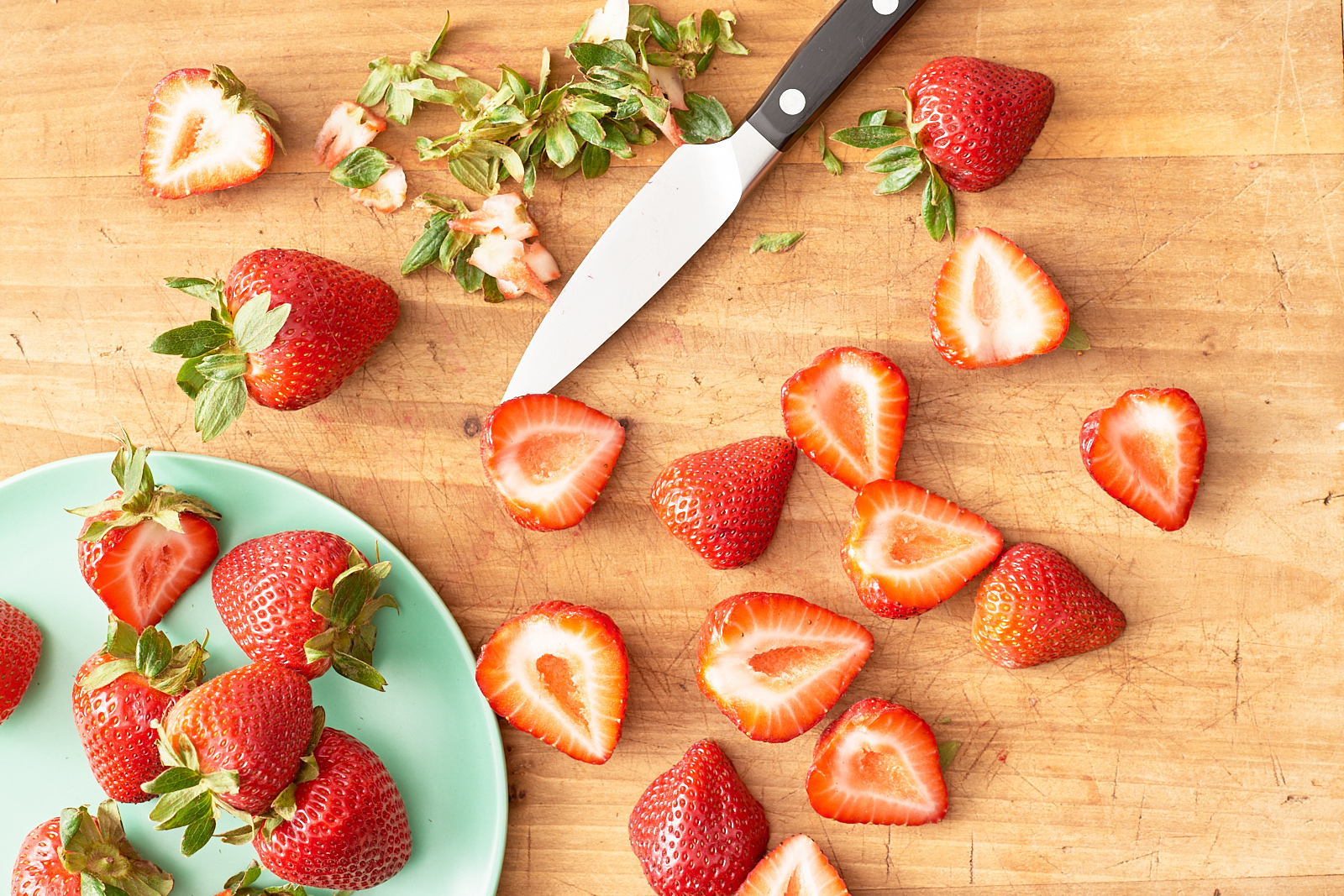 Every year the Environmental Working Group (EWG) puts out two lists meant to flag the most “dirty” (or pesticide-ridden) fruits and vegetables, ostensibly the ones where you’re best off investing in organic instead. The “Dirty Dozen” lists 12 conventionally grown fruits and veggies with the highest concentrations of pesticide residue after washing, while the “Clean Fifteen” lists 15 with the lowest concentrations. Strawberries, spinach, and kale top this year’s “Dirty Dozen,” released this week, while avocados, corn, and pineapple lead the “Clean Fifteen.”

As a food and nutrition journalist, I ignore these lists every year and encourage others to do the same. Well-meaning or not, I find that the reasoning and methodology behind them is flawed, and believe their impact may be more harmful than helpful.

The EWG is heavily funded by the organic food industry.

My biggest piece of advice to anyone confused about food and nutrition research (most of us, understandably) is to find out where information is coming from, and who (if anyone) paid for it. While the EWG paints itself as an independent non-profit, they do take industry funding. “Our corporate partners for general support and events include but are not limited to: Organic Valley, Stonyfield Farms, Earthbound Farms, Applegate, Klean Kanteen, Dr. Bronner Soaps, Beauty Counter, Juice Beauty and Brown Advisory,” reads the funding page on their website.

While researchers consistently claim that they’re independent from and not biased by their funding sources, in reality this is almost never the case.

In order to create these lists every year, the EWG looks at recent reports from the USDA’s Pesticide Data Program and the FDA’s Pesticide Residue Monitoring Program Reports and Data, both of which measure the amount of pesticide residue, on average, found on different crops.

These criteria are all over the map. Only the last, average amount of all pesticides, actually measures the concentration of pesticides. Even then, not all pesticides are created equal (some are more potentially harmful than others) so it’s not always fair to say that the overall concentration is a great measure of safety.

The amount of pesticides on all produce is heavily regulated.

“All fruits and vegetables, organic and conventional, are regulated by our government agencies (EPA, FDA and USDA) for both quality and safety,” says Tamika Sims, PhD, director of food and technology communications at the International Food Information Council. Legally, all produce sold must have less than the chronic reference dose of every pesticide measured, meaning that eating the food every day still wouldn’t lead to any detrimental effects. And there’s a huge safety net built into these CRDs: Each one is set at a hundred times less than the dose that proved harmful in animal studies.

Organic produce has pesticides, too.

The EWG suggests buying organic produce to reduce pesticide exposure, but organic produce has pesticides too. Pesticides are necessary in farming, and they’re not taken lightly. “These substances are designed to rid foods of pests,” Sims says. “But they are also intended to be a part of our food supply chain system, to ultimately yield food we can safely consume.”

Scaring people away from conventional produce ignores what actually affects health (as well as financial reality).

What really gets me about the “Dirty Dozen” is the implication that the healthy food is expensive. A 2015 study by Consumer Reports found that organic food is, on average, 47 percent more expensive than its conventional counterpart. That’s huge! Many people can’t afford organic produce, and many others choose not to buy it because of the price difference.

Here’s the thing: The health benefits of organic vs. conventional produce have long been a hot debate among researchers. Some research does show higher antioxidant levels and lower pesticide levels in organic produce compared to conventional, but other research concludes that there isn’t enough evidence to know whether this actually has an impact on human health.

One thing that has been proven time and time again? Adequate fruit and vegetable consumption (that’s five servings a day) has a massive positive impact on health. “All of us should try to make purchase choices that give us a well-balanced intake of fruits and vegetables— organic or conventional,” Sims says. “Organic produce is not associated with better protection from chronic conditions like cancer or cardiovascular disease.”

The “Dirty Dozen” may scare people away from buying nutrient-packed produce — kale! Spinach! — if they can’t afford the financially significant but otherwise nebulous organic markup.

If you really want to minimize pesticide exposure, get to know your farmers and wash your produce.

It’s important to note here that “knowing your farmer” is a massive privilege, and not everyone has the time or money to shop the farmers market and talk to vendors. If you can’t or don’t want to do it (I don’t!), rest assured that the conventional produce at your local grocery story is a safe, healthy choice.

But if you’re still worried about pesticides (because it’s true that the risk isn’t absolutely zero), the only person who really knows which ones are or aren’t on a given piece of produce is the farmer who grew it. Most will volunteer this information, so don’t be afraid to ask.

If you just can’t resist a good list, ignore the “Dirty Dozen” and instead stick to these tips for washing produce, which is an effective way to get rid of anything that might be lingering on your fruits and veggies.

Talk back if you agree or disagree! We’d love to hear about how you make choices about food, budget, and organics and health. Sound off in the comments!