The former World’s Strongest Man is best known for breaking the deadlift record by lifting half-a-tonne – a move that saw him pass out. After retiring from the competition over health fears, the 32-year-old from Stoke-on-Trent set himself a new challenge – going toe-to-toe in a boxing match with Game of Thrones star Hafthor Bjornsson. Eddie, nicknamed ‘The Beast,’ says he has lost more six stone in two months, despite eating almost three times the recommended daily calorie intake for an adult male.

He has done so through a 7,000 calorie diet plan, coupled with an intense training schedule.

His six meals include a mixture of chicken, rice, vegetables, chocolate, granola, baked potatoes, coleslaw and a few snacks to keep him going through the tough plan.

He said in September: “Because of my size and the intensity of my training programme, I have to eat a lot.

“It’s not only time consuming to eat so much, but it also takes a lot of forward planning, consistency, and effort.” 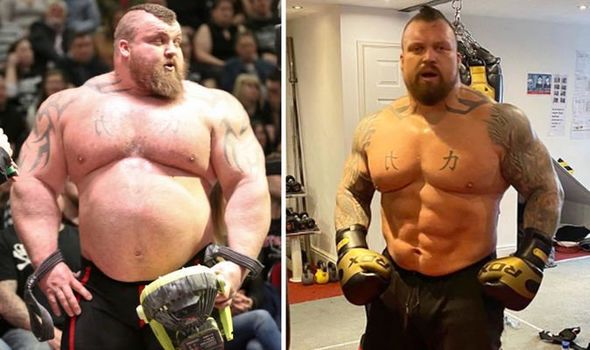 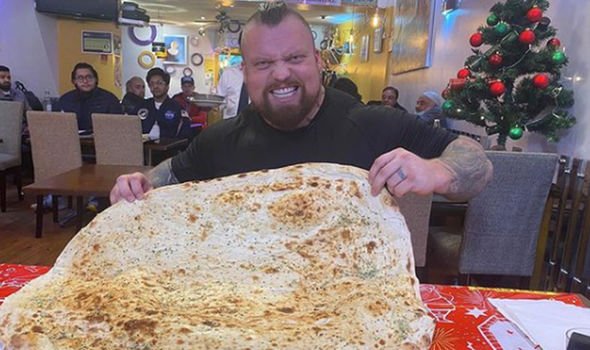 Eddie detailed how preparations for the Las Vegas bout later this year have also helped shed the pounds.

Along with gruelling daily cardio and high-intensity interval training (HIIT) sessions, he has devoted himself to learning the art of a new sport.

He added in the YouTube clip: “Boxing is a whole new ballgame for me and requires a different kind of fitness and endurance to strongman.

“My schedule is pretty hectic with fitting in hours of training, six meals a day, business meetings and family time.”

There is one cardio exercise that Eddie places above the rest though – and it has a special place in his heart. 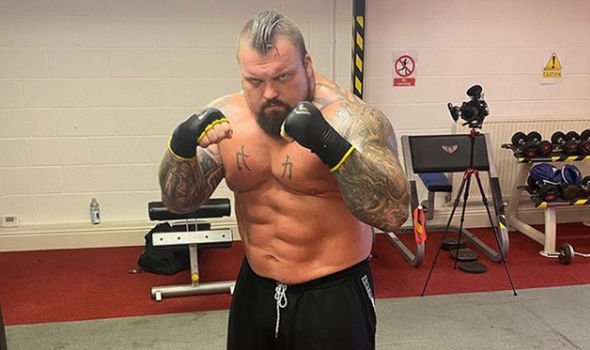 As a child, he was a champion swimmer and has kept the sport as a key part of his routine.

In his 2017 book Strongman: My Story, he wrote: “It’s something I became obsessed with for a while and am still good at to this day, although given the size of me you might not think so.“

Eddie picked up gold medals in the 50m, 100m, 400m and 1500m freestyle during national competitions by the age of 13, before he discovered weightlifting.

He previously revealed how he still loves to swim to burn the extra fat.

He said: “What I do now is I’ve thrown in a couple of boxing sessions a week.

“I do a land-based training session, I do a swimming session, and then I bought a push-bike as well so I’m doing a lot of cycling. 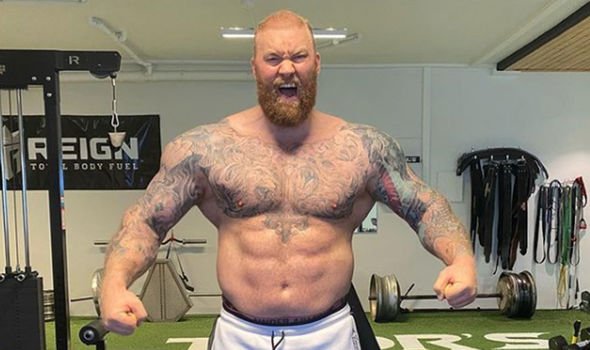 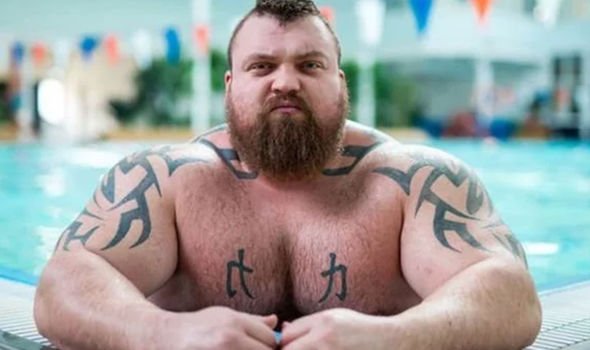 “I’ve probably piled on about five or six hours a week in cardio on top of my weight training.

“I’ve got a six-pack and I’m quite happy to stay like this, until I get a bit older [in his late 40s and 50s] when maybe I’ll have to reduce the weight a little bit more.”

The clash with Hafthor, who played Ser Gregor ‘The Mountain’ Clegane in the hit HBO series, is scheduled for September.

Tension between the two goes back years, after the Icelander accused Eddie of “cheating” when he became the first Briton to lift the World’s Strongest Man title for more than 20 years.

He then called out after the lift, challenging him to a boxing match.