Eddie Hall is the former World’s Strongest Man, who is best known for his record-holding 500kg deadlift in 2016. After announcing his retirement from the competition, the 31-year-old decided to trim-up – ditching the carbs and switching his high-calorie diet for something lighter. Since then, Eddie, from Stoke-on-Trent, has lost more than six stone in weight and has admitted the same cardio exercise that kept him out of trouble as a kid, also helped him shed the pounds later life.

The Beast detailed during his book: “Strongman: My Story” how he was expelled from school for fighting, alongside several other misdemeanours.

However, thanks to his mum being a swimming instructor, and some encouragement from his two older brothers, Eddie found himself in the water.

He wrote in 2017: “Fortunately there was one final saving grace that took up just enough spare time to keep me out of the correction centres.

“It’s something I became obsessed with for a while and am still good at to this day, although given the size of me you might not think so. 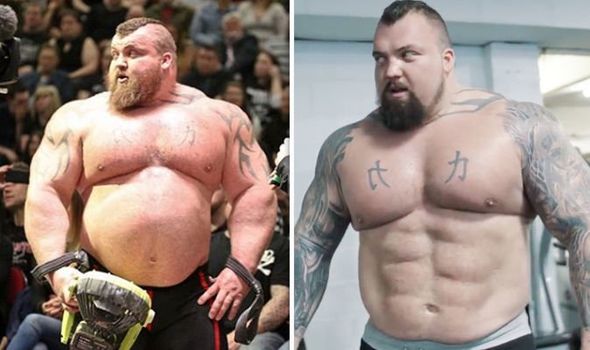 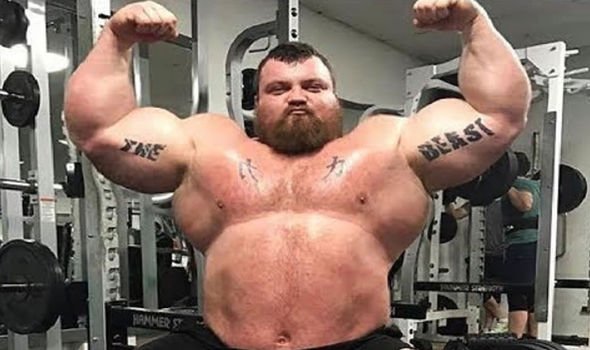 I do a land-based training session, I do a swimming session, and then I bought a push-bike as well

“That something is swimming and for a while, I was the country’s brightest young hopes.

“As well as setting records, here, there and everywhere and winning loads of gold medals, I was tipped as being a future Olympian.”

Eddie picked up gold medals in the 50, 100, 400 and 1500 Freestyle during national competitions by aged 13, before he discovered weightlifting.

However, he explained how the winning mentality engrained from swimming became key.

He added: “According to [my] mum, I first started swimming back in 1990 on one of our treasured holidays to Portugal.

“I don’t think it was natural ability that enabled me to stay afloat, although that did come into effect later on.

“What’s more significant to this present day, and in particular becoming a strongman, is that I managed to do it all on my own.

“Working things out from myself and that self-contained attitude was as important to me as a kid as it is today.”

Eddie recently revealed to Express.co.uk how he is using swimming, alongside boxing and cycling to burn fat. 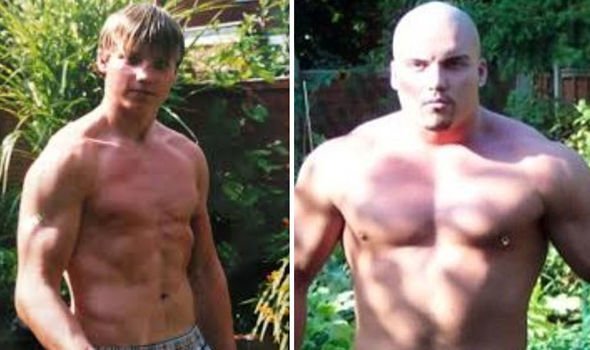 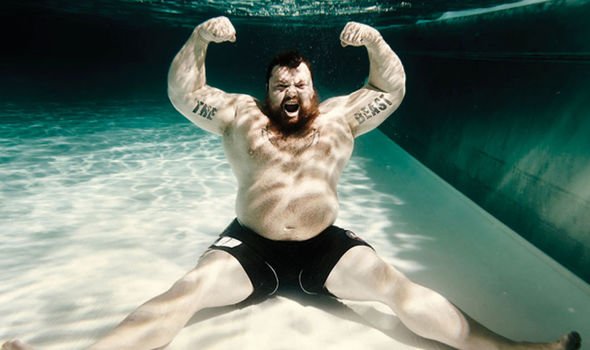 He said back in March: “What I do now is I’ve thrown in a couple of boxing sessions a week.

“I do a land-based training session, I do a swimming session, and then I bought a push-bike as well so I’m doing a lot of cycling.

“I’ve probably piled on about five or six hours a week in cardio on top of my weight training.

“I’ve got a six pack and I’m quite happy to stay at this, until I get a bit older [in his late 40s and 50s] when maybe I’ll have to reduce the weight a little bit more.”