Most women gain weight as they age, but when they hit menopause, it not only accelerates but it is hard to combat. Experts say hormonal changes alone don’t necessarily cause menopause weight gain, instead, the weight gain is usually related to ageing, as well as lifestyle and genetic factors. Diet is an important part of weight control and it has been revealed, that following a plant-based diet can not only help menopausal women lose weight but also help manage symptoms.

The average woman is said to gain five pounds as a result of menopause, but some gain more.

The study tested a plant-based diet in a group of 64 women, all of whom were moderately or severely overweight.

The women excluded animal products and kept oils to a minimum, as a result, they lost about a pound per week, without calorie counting or exercise. Should they have followed a calorie deficit of 500 calories per day, they could’ve expected another pound of weight loss per week. 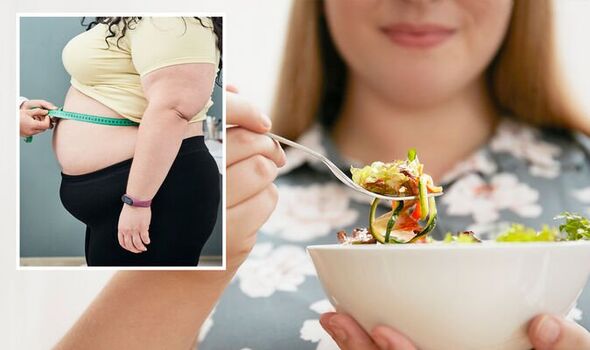 To reduce calories without skimping on nutrition, pay attention to what you’re eating and drinking. Choose more fruits, vegetables and whole grains, particularly those that are less processed and contain more fibre.

A plant-based or vegan diet may help you lose weight and keep it off because it is high in fibre which helps keep you feeling full.

Anyone wondering how they incorporate a vegan diet, it’s important to remember that small changes make a big impact. You do not have to commit to a fully vegan diet right away – or a vegan diet at all.

Experts suggest starting with Meatless Mondays or choosing to have vegan-friendly snacks instead.

To ensure you have a balanced vegan diet, several food groups need to be consumed.

Protein, especially, is the number one concern for people interested in a vegan diet; however, it is possible to get enough protein on a vegan diet.

The average woman should be eating about 46 grams of protein a day. But if they’re looking to lose weight, it’s suggested they eat the same amount of grams in protein, as the amount they weigh in kilograms. For example, someone weighing 70kg should aim to eat 70g of protein a day. 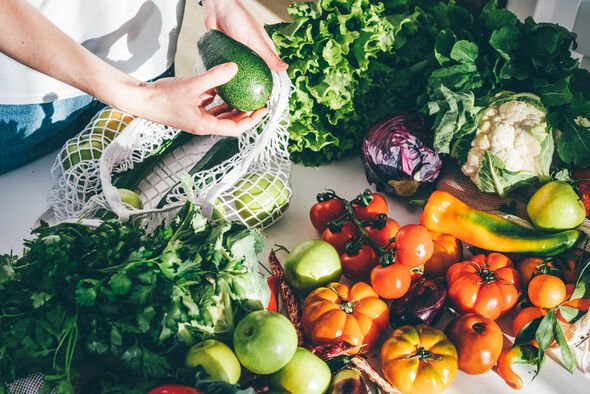 Tofu is the most popular option for protein. Tofu has 22 grams of protein per one cup and is a healthy alternative to meat.

Tempeh can be easily found in your local supermarket and contains 33 grams of protein per cup. Tempeh comes from soybeans like tofu; but rather than coagulating soy milk like tofu, tempeh is made by fermenting soybeans. This means that tempeh is less processed than tofu and usually contains more nutrients like protein and fibre.

Spinach is a highly nutrient-dense leafy green. It is high in vitamins A, K, and vitamin C. It is also a good source of magnesium, iron, potassium, and decent source of calcium. One cup of cooked spinach contains 5g of protein.

Nuts and seeds are also a great addition of protein to meals or can be eaten as a snack.

Weight gain is just one symptom of menopause, many women experience hot flushes and brain fog too.

Those that took part in the study revealed some of their symptoms had reduced as a result of following a vegan diet.

Initially, the women reported two or more hot flushes a day, but after the study, hot flushes decreased by 79 percent.