Dr Michael Mosley on the importance of routine for sleep

When it comes to losing weight there are many different ways to do it. But while it might seem simple at first, some people can find they actually struggle with cutting out certain foods or entire food groups to help them shift the pounds.

Dr Michael Mosley acknowledged that changing from a high-carb diet to a low-carb diet will be sure to have an impact on slimmers.

He devised his online diet plan, the Fast 800, to help people achieve rapid weight-loss and results they’ve always dreamed of.

And he claims it’ll not only help them drop weight quickly but they will be “less likely” to be tormented by hunger and cravings.

In order to shift the pounds, Dr Mosley explained they will need to step away from sugary puddings and begin a calorie deficit. 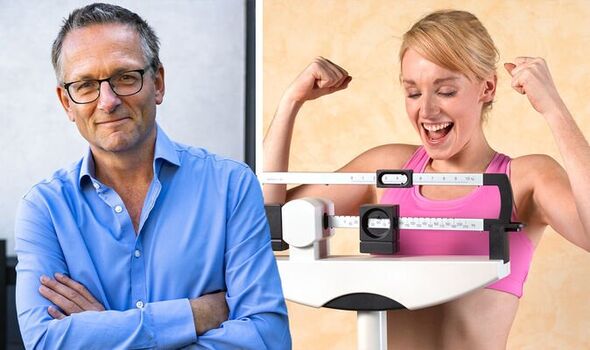 But there is some good news for people wanting to begin their weight loss journey.

“The good news is I have used the latest scientific thinking on appetite and fast metabolism,” he wrote in the MailOnline.

His new formula is based around eating more protein and less carbs.

Dr Mosley explained: “To achieve ketosis, you have to stop feeding your body sugar or carbs that easily raise your blood sugar.

“So for the first phase of the diet, carb-rich bread, cereals, cakes, biscuits, pasta and potatoes are off the table and out of the house.

“Even a biscuit or a small chocolate bar could be enough to tip your body out of ketosis.”

The nutritionist also recommended that people who are in the initial rapid weight-loss stage should avoid starchy vegetables and most fruits, with the exception of berries.

He explained: “But that doesn’t mean you can’t indulge in meals which are just as satisfying as carbohydrate-rich dishes.” 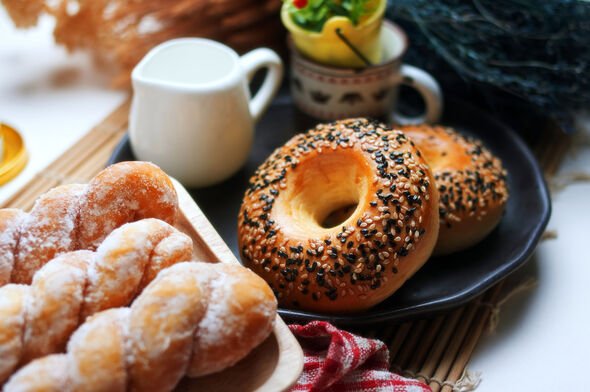 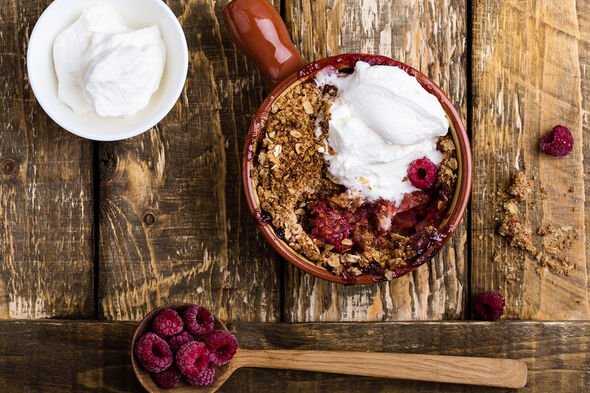 He went on to outline some “clever, calorie-counted, nutritious recipes” to keep people feeling full and satisfied.

“There’s no reason to miss classic carbs at all!” Dr Mosley exclaimed.

His tasty no-carb alternatives that may help slimmers cut down on their carb intake quicker, include:

Place the cream cheese, eggs, ground almonds and baking powder in a medium bowl and whisk until smooth.

Stir in the remaining ingredients and season with salt and freshly ground black pepper.

Pour into the prepared muffin tin and bake for 15 minutes.

Ingredients for one topping

One half tsp dried oregano

Mix all the dry ingredients together in a bowl and add the egg whites, warm water, olive oil and cider vinegar and give it all a quick mix until well combined into a dough-like ball.

With a few drops of olive oil, divide the mixture into five balls, placing one ball on a piece of non-stick baking paper and put another piece of baking paper on top.

Press down, then use a rolling pin to roll out the base until it is 1-2mm thick.

Repeat with the remaining balls or store them in fridge or freezer for another day.

Transfer the non-stick baking paper to a baking sheet, then spread with the tomato puree and scatter the chorizo and mozzarella over the top.

Sprinkle with the oregano and season with salt and freshly ground black pepper.

Bake for 15 minutes, or until the pizza is just crispy and golden brown around the edges.

As soon as it is out of the oven, scatter with rocket and full half the plate with salad.

Divide the raspberries between two ramekins and top each pile with a half pear.

Scatter the chocolate chunks, coconut and walnuts over the top and bake in the oven for 10 minutes until warmed through and the nuts are just toasted.

Serve with the yoghurt.