Olly Murs and his dramatic weight loss transformation made headlines recently, after before and after pictures of The Voice UK star were unearthed. The 34-year-old spoke about his efforts to slim down and tone up at the time, back in June 2015. Speaking during KIISS 1065’s Kyle and Jackie O show, the hitmaker, famous for songs such as That Girl and Heart Skips a Beat, revealed it involved making some major lifestyle changes. However, it’s important to remember that just because Olly felt the need to get trim, slimming and toning up won’t be necessary for everybody.

Olly went on to reduce the sugar in his diet, and he soon saw results during his 12 week challenge to tone up.

He told the radio presenters: “When I started to train I just cut out chocolate and anything sugary out of my diet and it just fell off.

“The weight just fell off me, which was amazing … It’s quite easy [losing weight]. It’s been a lot of fun and I’ve enjoyed it.”

But, that’s not to say that he would never tuck into some treats on the odd occasion.

While sharing top tips with listeners, he suggested picking one day each week when slimmers following a low-sugar diet can tuck into the sweet food.

Ahead of his slimming plan getting underway, Olly told Reveal Magazine about why he had found himself gaining a few pounds. 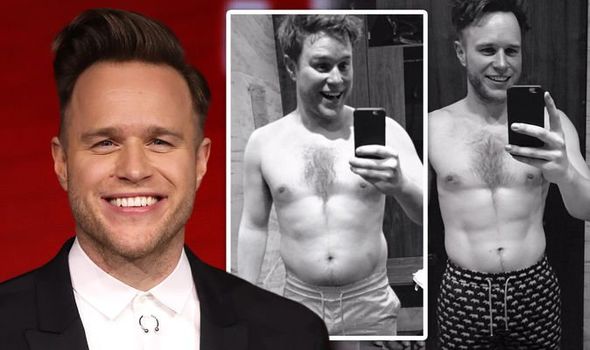 This included ditching one particular habit which he had gotten into while recording his Never Been Better album in 2014.

This was tucking into processed and high-fat foods such as takeaways and crisps.

“I had got into ‘bad’ habits recording my album last year – eating takeaways, crisps and biscuits,” he told the publication.

“I’ve been happy and enjoying life and I was comfort eating.”

Pairing his new diet with a fitness plan derived by his personal trainer, the star soon toned up. 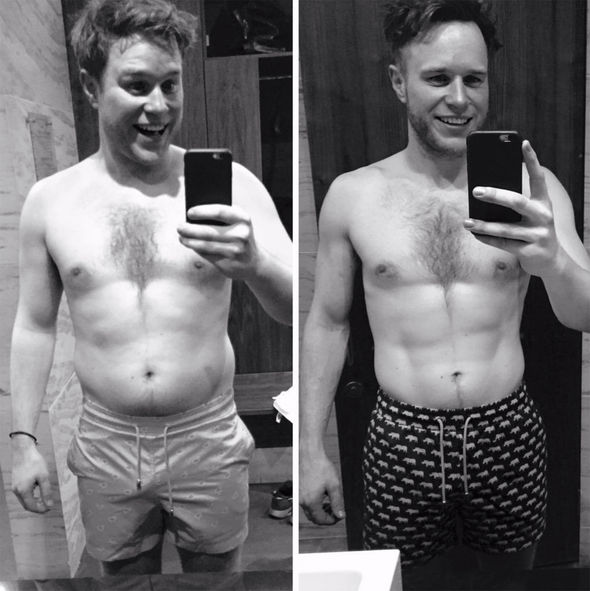 And, the before and after transformation shows just how his hard work payed off.

Another person who has lost a huge amount of weight in the past is fellow The Voice UK coach will.i.am.

The rapper and producer, now 44, shed an impressive 20lbs.

In order to do this, the star overhauled his diet in a big way, switching to eating plant-based foods only.

Speaking to Arianna Huffington on her Thrive Global podcast in August last year, he said of the weight loss results: “My cholesterol came down, my high blood pressure came down. my stress levels came down naturally. I have more energy.

“It changed my life, and I would encourage everybody to have a plant-based regimen.”