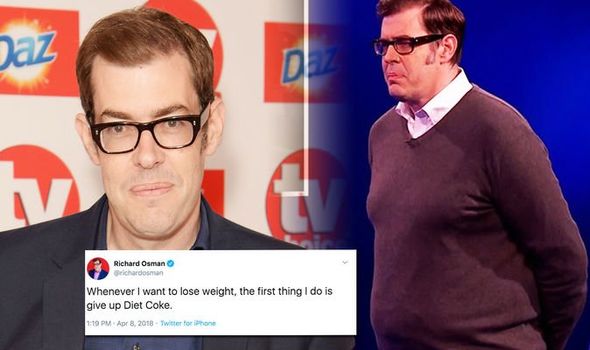 Richard Osman is a British TV presenter known for his smarts.

He attended Trinity College, Cambridge, and shows off his nouse on Pointless with Alexander Armstrong.

He also hosts House of Games on BBC One.

Richard has spoken out about his weight on Twitter before, joking: “I find Pointless such a good way of keeping track of weight loss and weight gain.”

He also revealed the one food he always gives up when losing weight.

Richard wrote: “Whenever I want to lose weight, the first thing I do is give up Diet Coke.”

His followers piled in to discuss the revelation, with one adding: “Diet drinks prepare your bod to receive sugar but when it doesn’t arrive, it then craves it elsewhere & often overcompensates. So, good thinking Batman!”

Another said: “Well given artificial sweeteners could well contribute to weight gain, that’s not a bad idea.”

However, another was not convinced of Richard’s diet strategy.

They said: “ Made no difference to me when I did that. I’d read all these articles saying it’ll do this and that for you but it didn’t do anything for me!!!”

Various different articles have been published seeking to answer this very questions. 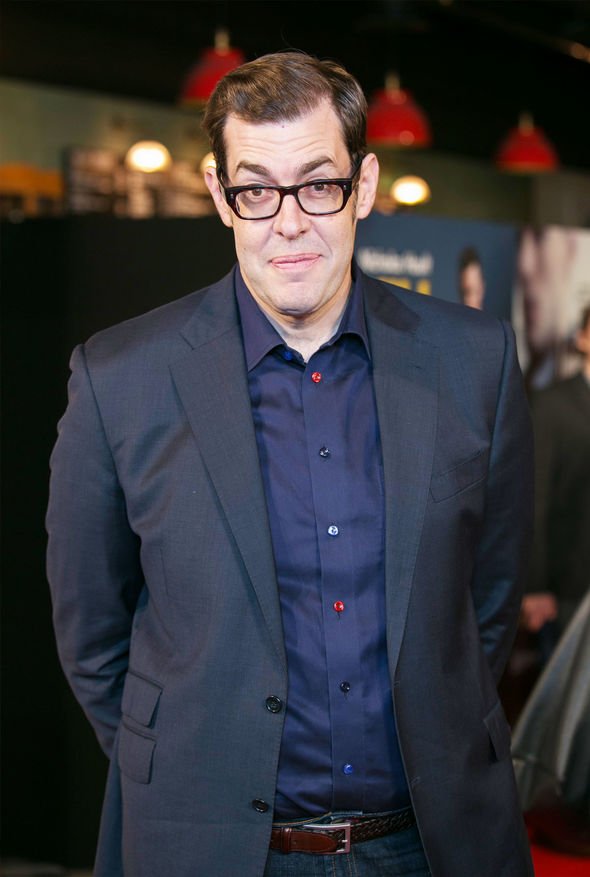 Researchers at Imperial College have claimed that diet drinks may well cause dieters to crave foods.

Professor Christopher Millett, senior investigator from Imperial’s School of Public Health said: “A common perception, which may be influenced by industry marketing, is that because ‘diet’ drinks have no sugar, they must be healthier and aid weight loss when used as a substitute for full sugar versions.

“However we found no solid evidence to support this. Far from helping to solve the global obesity crisis, artificially-sweetened beverages may be contributing to the problem and should not be promoted as part of a healthy diet.”

However, Gavin Partington Director General of the British Soft Drinks Association said: “At a time when we are trying to encourage people to reduce their overall calorie intake it is extremely unhelpful that products which contain no sugar, let alone calories, are demonised without evidence.

“It’s worth bearing in mind that the UK soft drinks sector is the only category in which sugar intake is consistently falling year on year – over 17 per cent since 2012.” 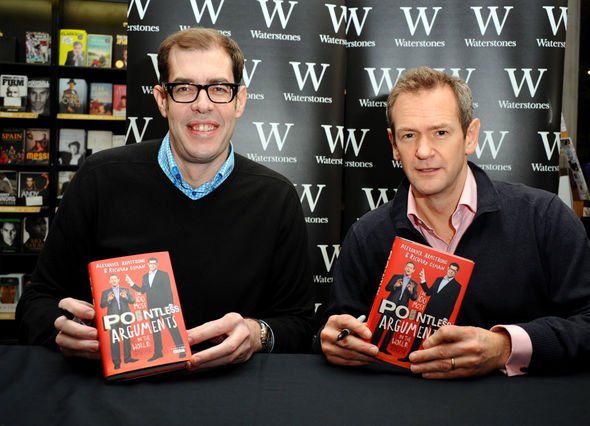 Another TV star, Zoe Ball has spoken out about weight loss ahead of this year’s Strictly Come Dancing.

Zoe told listeners before the series began: “Strictly is almost upon us. That means everything kind of goes out of the window for the next three months.

“So I’ve got four weeks people, to lose a bit of weight, maybe. Because I’ve got to stand next to all those gorgeous dancers.”

“I’ve got to get myself fighting fit for it really.

“So if you see me in a garage or a service station – buying anything of the unhealthy variety you can just go, ‘Oi, Ball.. no!’”