Following the news that many Britons had piled on the pounds during the recent lockdown, diet expert Dr Michael Mosley is hoping to help with a new programme on Channel 4. The controversial show, provocatively named Lose a Stone in 21 Days with Michael Mosley, follows a handful of volunteers following a restrictive diet in order to lose weight. The second episode aired on Wednesday night – with Dr Mosley revealing exactly what types of foods the slimmers will be eating.

Dr Mosley is best known for writing diet books including The 5:2 Diet and the Fast 800, which both involve a calorie-restricted approach to weight loss.

While the 5:2 diet followed a strict intermittent fasting regime where followers would eat just 500 calories a day for two days a week, the author later created the Fast 800 diet, which proposed a slightly more realistic calorie count of 800 per day.

It’s this latter plan that Dr Mosley is using on his participants in the Channel 4 show, working with them to change what they eat in order to lose a significant amount of weight in just three weeks.

But with such a low number of calories to play with per day, what should be on the menu? 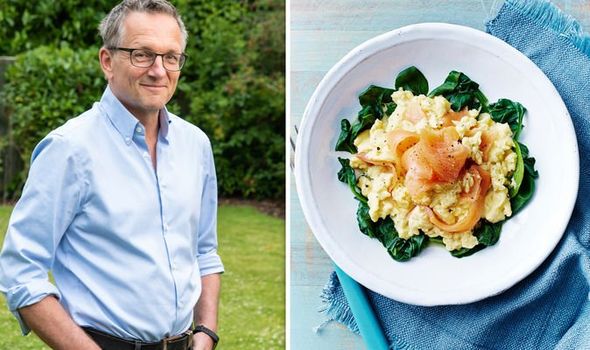 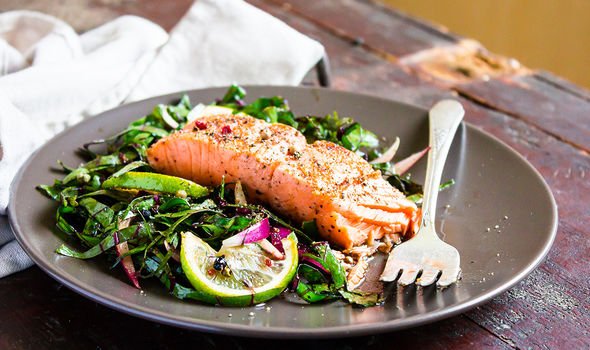 In Wednesday’s show, Dr Mosley talked through the essentials of a healthy and balanced diet.

He explained that the key elements are fats, carbohydrates and protein – but there are “good” kinds and “bad” kinds when it comes to fats or carbs.

The journalist revealed that in the UK, adults tend to consume up to 3,500 calories a day, which is much higher than the recommended intake of 2,000 for women and 2,500 for men.

This is often due to snacking and biscuits – but the cravings for those treats in between meals often come from the rest of your diet.

“Bad” carbs, as Dr Mosley explained, such as highly processed foods like pasta, will turn into sugars in the body.

This causes a swing in blood sugar levels – and can lead to overeating and snacking.

The expert also told viewers that you need to avoid trans fats, opting for “good” fats such as oily fish instead.

Demonstrating a typical British person’s daily food intake, the author talked through the high levels of sugar content found in cereals, orange juice, snacks, pasta and even potatoes in what can seem like a fairly balanced diet. 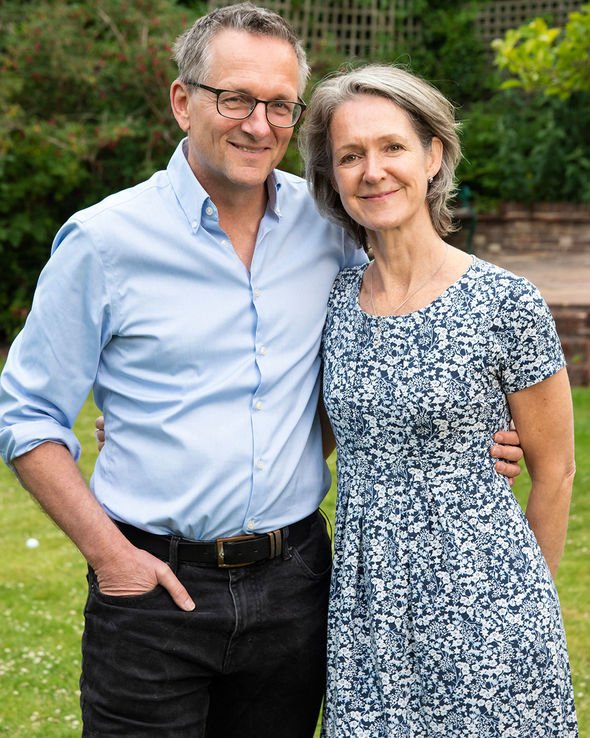 He then gave suggestions of what a healthier diet looks like – and what his volunteers would be eating as part of the new 800 calorie programme he’s put them on.

Dr Mosley advises eating at least 70g of protein on a weight loss plan such as this one, in order to preserve and build muscle mass – as otherwise the rapid weight loss will affect your strength.

He suggested starting the day with scrambled eggs and plenty of spinach, adding that when he has it for breakfast he never craves a midday snack.

Next, he selected mackerel and a pile of green vegetables with plenty of olive oil for a lunchtime meal – a dish that suits the Mediterranean-style diet that he’s pushing on his volunteers.

Lastly, for an evening meal, Dr Mosley opted for a salmon fillet with even more vegetables.

While the meals were not that different in terms of quantities on the plate compared to the classic British diet, the expert said that there were around 1,000 fewer calories in his healthy version.

Fibre, found in the piles of vegetables that Dr Mosley is advocating, is also key for weight loss according to the broadcaster; the nutrient is essential for helping you to feel more full as well as feeding your gut health.