Kathryn Benjamin, 36, always considered herself a “fitness fanatic”, enjoying exercising but like many people, she struggled to remain “consistent”. And when it came to her diet, she soon realised she wasn’t able to shift the pounds due to her bad habits.

But she managed to lose over a stone (7kg) by making one simple change to her lifestyle that took no effort at all.

So what did she do to achieve her goal?

Although Kathryn initially believed she was a healthy eater, she quickly found out that snacking and portion sizes were her “biggest downfall”.

While she was a keen exerciser, she had never thought about what she was eating after her workouts and just ate as she pleased. 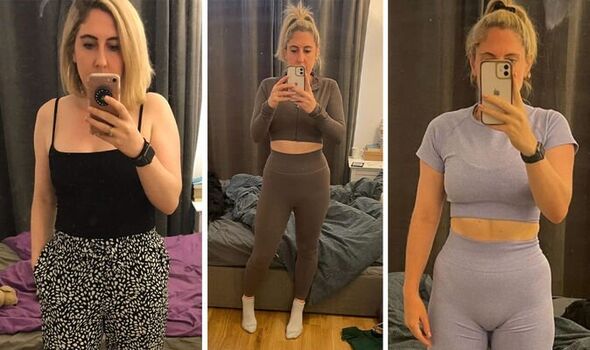 But as soon as she changed this element in her diet, she began to see big results.

After a workout, the body tries to rebuild its glycogen stores as well as repair and regrow muscle proteins, so eating the right nutrients soon after exercise can help speed up this process.

According to Healthline, it is “especially important” to eat carbs and protein after a workout, and nuritionist Hannah Norris from Fresh Fitness Food, revealed: “Eating post-workout will improve recovery, help you push performance at your next session and reduce muscle damage such as DOMS (delayed onset of muscle soreness).

“That’s because during a workout you break down muscle to create small micro tears. Eating food with protein triggers the repair process for all these mini tears.

“Consuming the right foods means you’ll help your body to repair and rebuild the torn muscle fibres mentioned above, which are important for muscle synthesis and replenishing lost glycogen (aka carbohydrate) stores,” she told Cosmopolitan, adding it is “crucial” for performance.

To try and get herself back on track with her fitness, Kathryn decided to join F45 Camden back in April this year.

Not only was she put through her paces with high-intensity workouts that burn tonnes of calories per session, but she was also taught about proper nutrition.

Kathryn learnt to prepare her meals in advance and cook three meals per day from scratch to follow the meal plan successfully. 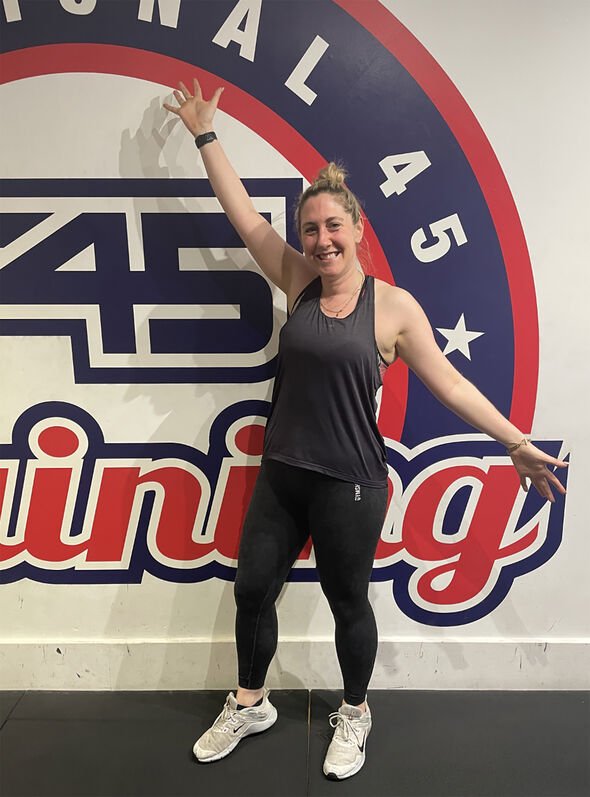 Her results showed quickly after she started the new programme and she was able to lift heavier weights and felt more confident when trying harder exercises.

Whereas before she would struggle to find a routine with her exercise, the 36-year-old finally felt she had beaten the consistency battle.

She fit her workouts in most mornings before work and then also trained at weekends when she had more time.

She admitted she found the first few weeks “hard” to adapt to, especially when it came to the new meal plans she had been set.

But despite losing over a stone, she shows no signs of stopping and continues her workouts and follows her tailored diet plan.

Kathryn revealed she feels like she has achieved “so much more than just weight loss” and feels like a “new, healthier version” of herself.