The keto diet has been embraced by a number of dieters across the world, and is credited for fast weight loss.

Joanna, from Southwestern Ontario, Canada, documents her weight loss on the keto diet on her Instagram account.

She revealed that cutting back on carbs helped her slim down in a drastic way.

She now eats less than 20 grams of carbs a day, cutting out favourite foods such as sandwiches.

Joanna lost 60lbs or 4.2 stone in 12 months and managed to keep the weight off.

The keto or ketogenic diet is sort of similar to the Atkins diet in that it is low carbohydrate. The diet aims to put the body into a state of ketosis, in which it burns fat for fuel instead of carbohydrates.

This means the diet is low is all forms of sugar, and even some fruit is off the menu.

So what can you eat? Lots and lots of meat is on the carbs for followers of the plan. Those on keto diet also need not limit fish, olive oil, or coconut fat.

Eggs, butter, avocado and cheese are all staples of the diet as they are very low in carbs. 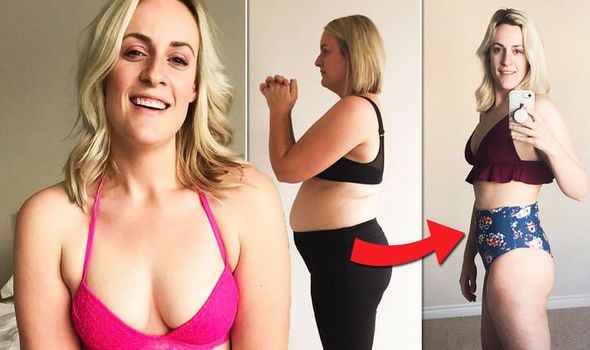 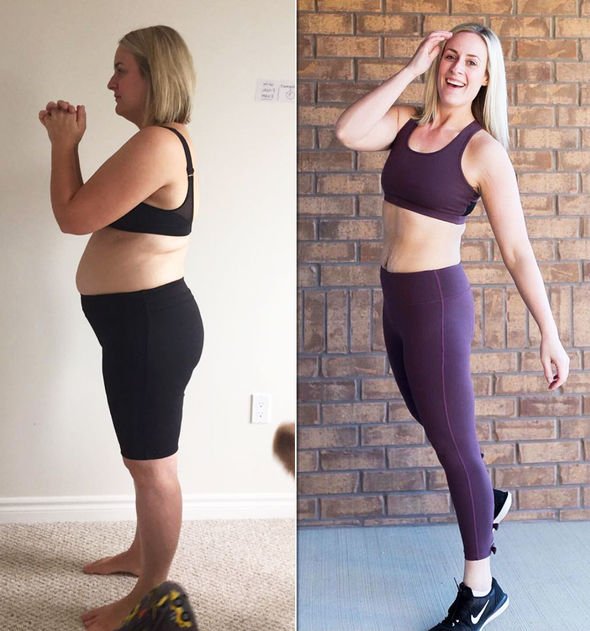 Joanna posts the meals she eats on her Instagram account. They include the likes of chicken, Greek salad, roasted cauliflower and tzatziki sauce.

Other meals include bacon, spinach and feta chicken with zucchini noodles.

The dieter also tucks into salmon over salad and steak and broccoli.

However, there have been claims the keto diet is dangerous for women.

Female mice on the keto diet were less likely than males to lose weight, and more likely to experience impaired blood sugar control.

In the experiments, researchers put a group of mice on the keto diet with 75 percent fat, 3 percent carbs and 8 percent protein.

They then had another group of mice on a regular diet of 7 percent fat, 47 percent carbs and 19 percent protein. 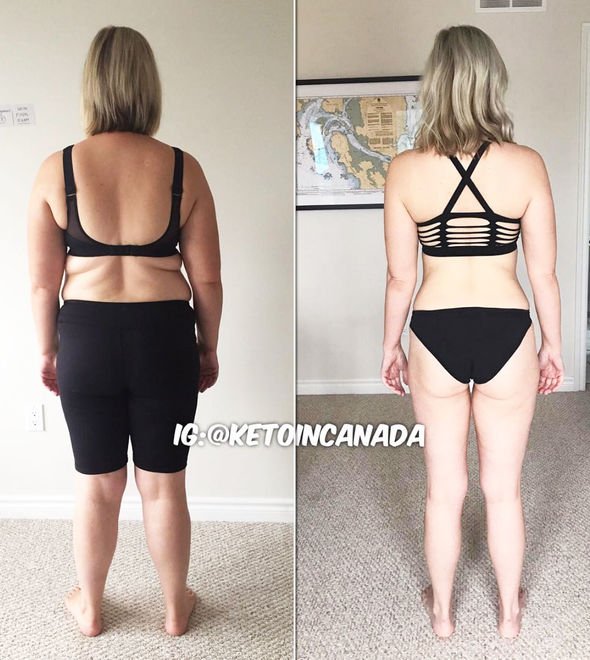 Diet plans for weight loss: From Atkins to Paleo.

After 15 weeks on the keto diet, the male mice experienced losses of body weight and body fat, while the female group actually gained weight.

Another dieter lost four stone on the Beachbody diet plan.

Within four weeks, she lost 11 inches and noticed her health problems starting to ease.

Kate altered her diet, having previously skipped meals and binged on convenience food.

She swapped this for low-carb home cooked meals which she picked from a list of recipes given to her on the plan.

Kate said: “Straight away my energy levels began to increase, since then I have never looked back!”