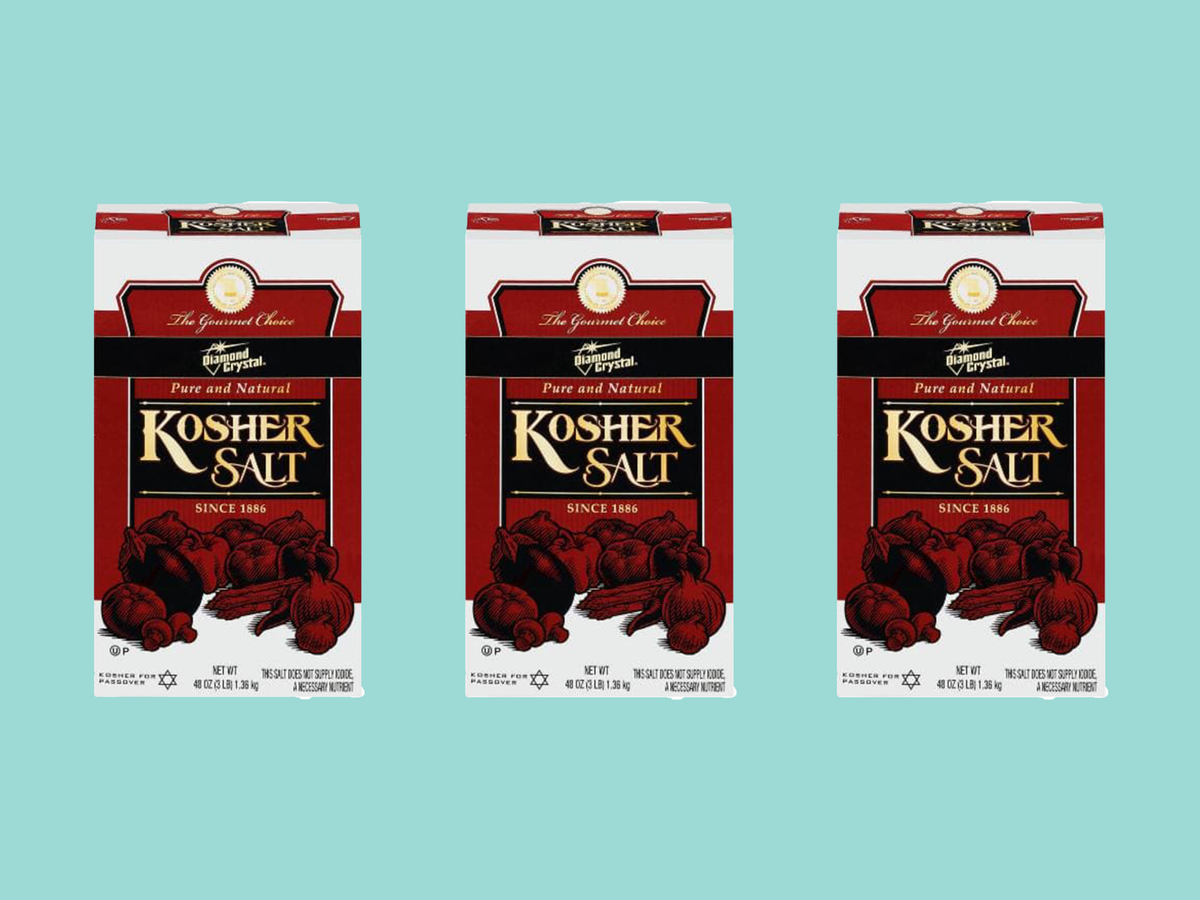 My favorite part of contemporary cooking shows is when it’s time to salt something. Bon Appetit’s food editors add salt by the fistful to pasta water; in her book and television series Salt Fat Acid Heat, Samin Nosrat practices the “wrist wag,” letting salt drop on meat like parmesan on pasta.

A recent salt-related debacle actually began with Nosrat, who tweeted she’d received a tip that Diamond Crystal might be discontinuing its beloved kosher salt. Home cooks and chefs alike freaked out. Writer and host of the Splendid Table podcast Francis Lam reacted as any sane person would upon hearing the news: by purchasing 10 three-pound boxes of the salt.

Tejal Rao of the New York Times quickly got in touch with the Diamond Crystal team, only to find that the rumor was just a rumor, and the salt wasn’t going anywhere. Still, the news caused quite a stir. Why do both professional and amateur cooks like Diamond Crystal so much? Other than because it’s the best, I like to say that is that Diamond Crystal kosher salt is like a dear friend, gentle and forgiving.

But let’s back up. You’ve probably seen kosher salt called for in many recipes, but do you actually know what it is? Technically, the name comes from the salt’s size: kosher salt granules are significantly larger than iodized table salt, which makes it ideal for the Jewish practice of dry-brining meats, known as koshering. In general, kosher salt’s coarse granules make it a little less salty by volume than table salt, so it’s more forgiving. But that doesn’t mean all kosher salts are created equal. Morton, another popular brand of kosher salt, is flatter in shape and much more salty by volume than Diamond Crystal, leaving a smaller margin of error when it comes to seasoning food. According to Diamond Crystal’s website, their “proprietary evaporation process” led to the development of “unique hollow, multifaceted salt crystals; fragile enough to crush between your fingers.” The crystal shape also helps it cling more easily to food, which provides a better season.

Read more: 7 *Not Obvious* Things You Need to Know About Salt and Pepper

Carla Lalli Music, the Food Director of Bon Appetit, specifically calls out the brand in her book Where Cooking Begins, explaining that she developed all the book’s recipes with Diamond Crystal. She explains that if you use Morton at home, you should halve the amount of salt called for in her recipes.

After years of using exclusively Diamond Crystal at home and whatever’s around elsewhere, I genuinely feel and taste the difference. But of course, that could simply be because it’s now my chosen brand.

And that seemed to be the reaction of others I spoke to who cook regularly. “It’s just what I’m used to,” food writer Devra Ferst told me. “I know what a pinch added will do to a dish.” Ferst also noted that she likes that it’s less salty than other brands.

“It’s the brand we used most in every professional kitchen I worked in during my 18-year career,” said Alex McCrery, chef and co-founder of workwear brand Tilit. McCrery also noted that Diamond Crystal kosher is ideas for learning to feel the weight of salt you’re adding to your recipes without pulling out a measuring spoon.

Read more: You’ll Want to Sprinkle Jalapeño Salt on Everything

Repeatedly, people told me that they used Diamond Crystal kosher when working in professional kitchens and preferred it for personal use. Still, many explained that because Morton (and other brands of) kosher, fine sea, and table salt were more readily available in grocery stores, they often tailored recipes to that fact. When I put the word out on Twitter, the team behind The Joy of Cooking also expressed an affinity for Diamond Crystal, yet said that their recipes “both in historic editions and the upcoming revision, are written to use table salt [or] fine sea salt because that’s what most home cooks use.”

Food writer and Season author Nik Sharma agrees. He mentioned that because the Diamond Crystal isn’t readily available outside of the U.S., he doesn’t typically write recipes under the assumption that readers will have it on hand. Still, he does use Diamond Crystal at home for personal cooking.

The answer is clear: chefs and professional cooks love Diamond Crystal, but those who develop recipes are sensitive to what you might be able to find at the store. Still, if you’re ready to make the change and can’t find Diamond Crystal at your local grocery store, fear not. The three-pound box is available for purchase on the company website and Amazon.