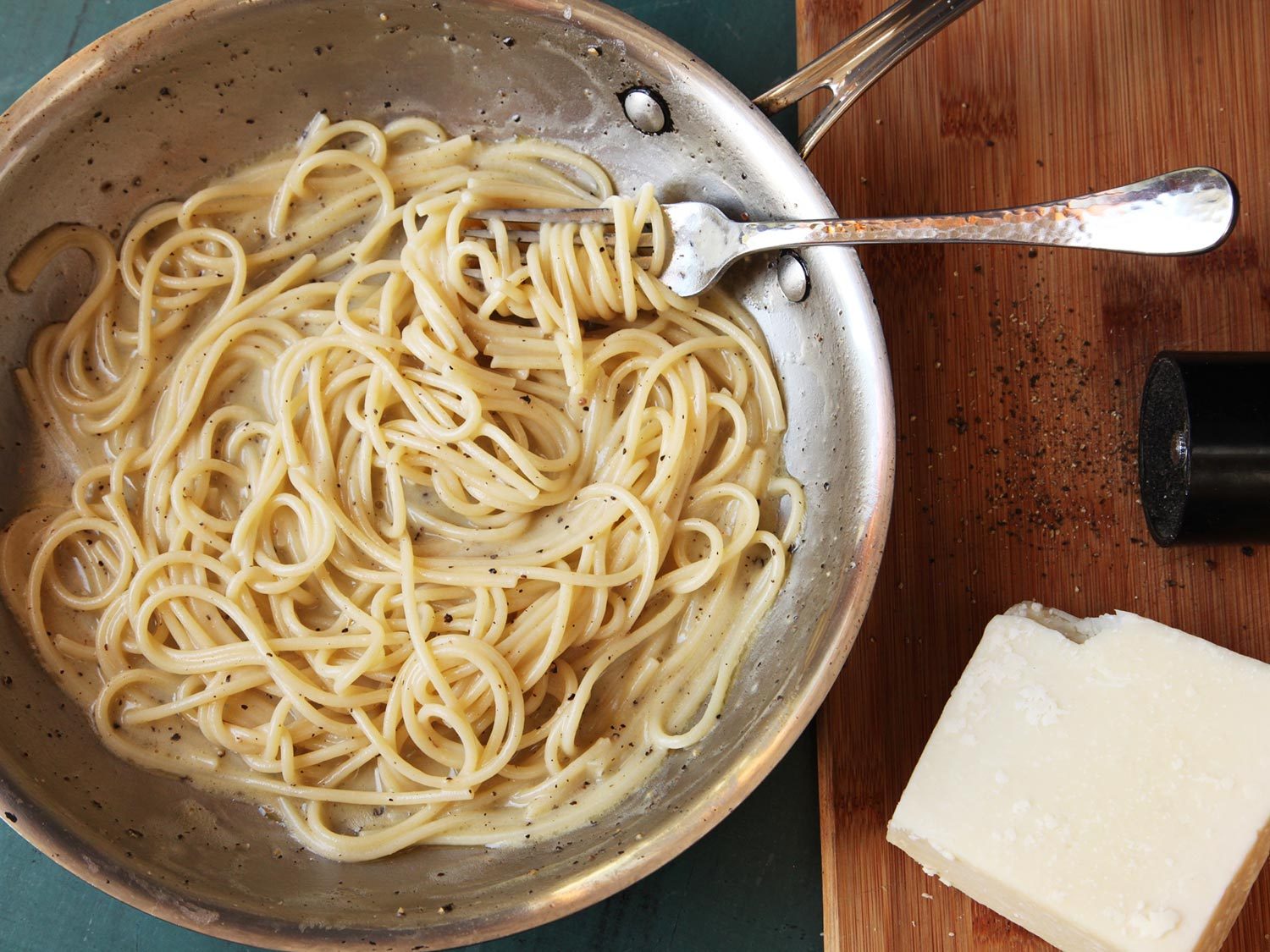 If you were to watch a practiced hand make cacio e pepe, you might think the instructions were as simple as this: Cook spaghetti and drain. Toss with olive oil, butter, black pepper, and grated Pecorino Romano cheese. Serve. But we all know that the simplest recipes can often be the most confounding, and so it is with cacio e pepe. Follow those instructions and, if you’re lucky, you’ll get what you’re after: a creamy, emulsified sauce that coats each strand of spaghetti with flavor. More likely, you’re gonna get what I (and, from the stories I’ve heard, many others as well) got on the first few tries—spaghetti in a thin, greasy sauce, or spaghetti with clumps of cheese that refuse to melt. Or, worse, both at the same time. Here’s how to make it perfectly every time.