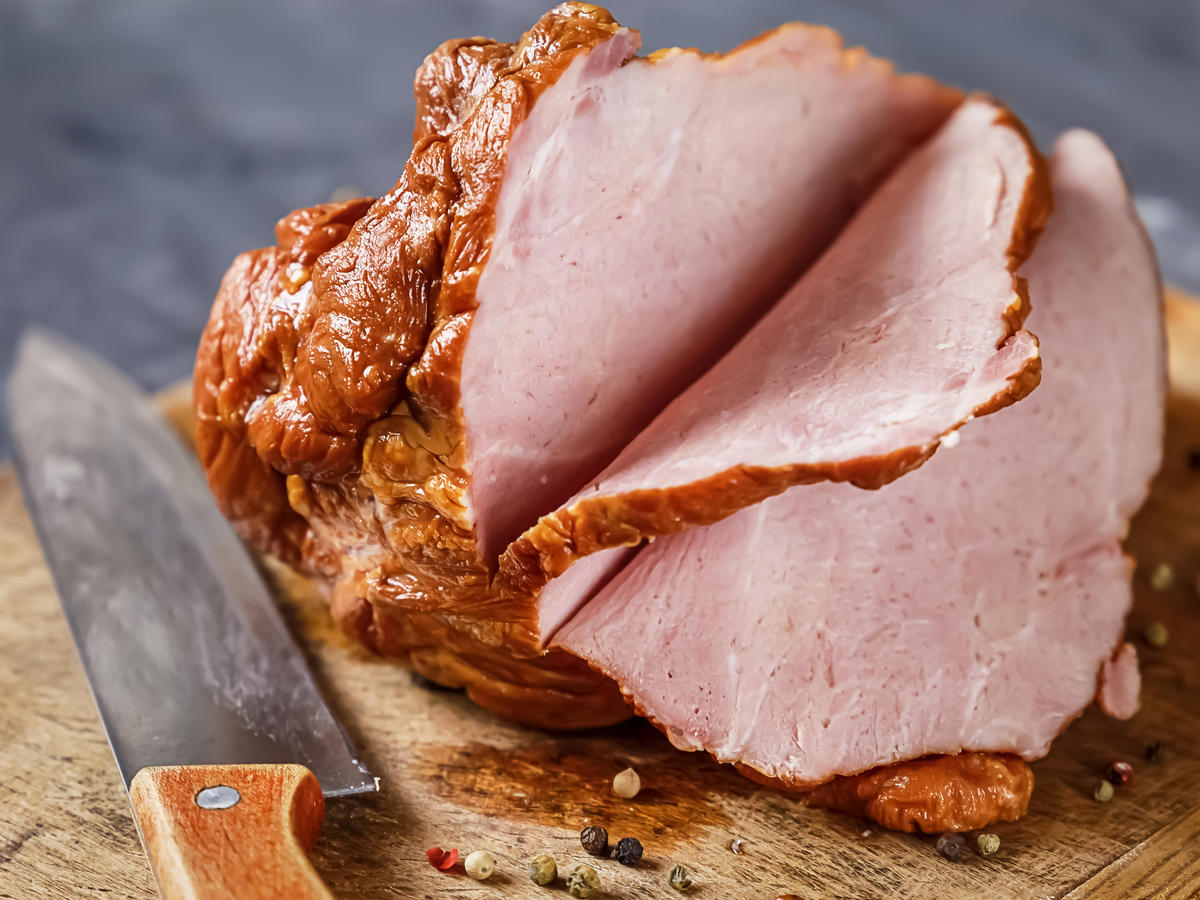 Although ham is a super simple, nostalgic, and satisfying protein to prepare for your friends and family, if you’ve never bought or cooked your own ham, it can be an intimidating feat. In general, ham is available in three categories: fresh or smoked, pre-cooked or cured, and cured-and-smoked. Depending on the cut, type, and weight of ham you purchase, the cooking times of these varieties can vary significantly.

It’s imperative that pork products be cooked fully to an internal temperature of 160 degrees to eliminate the pathogens that cause salmonella, E.coli, and other foodborne illnesses. However, with so many varieties and preparations of ham, it can be hard to know how long to properly cook or reheat each. Follow these simple guidelines for timing, and you’ll achieve a perfectly cooked ham every time.

When it comes to hams that have been partially or fully cooked and packaged before purchase—such as vacuum packaged whole hams, sliced lunch meat, or canned ham—the the USDA says that these are fine to eat as-is, unheated, with no risk to your safety. However, if you’d like to reheat a pre-cooked ham, bake it in a 325 degree for about 15 minutes, until your food thermometer shows an internal temperature of 145 degrees.

On the other hand, cured ham—which can been cured either with a dry rub that draws the moisture out of the meat, or by the injection of a curing solution that includes salt, sugar, and other preservatives and flavor enhancers—is ready to eat as-is and requires no cooking or reheating. Some hams are also smoked after the curing process, lending them a smokier flavor that gives the sensation of having been cooked over fire. Dry-cured ham will most often be labeled as prosciutto at grocery stores and markets.

As a general rule, fresh hams and hams labeled as “cook-before-eating” should be baked in a 325 degree oven and reach an internal temperature of 145 degrees before removing and resting for a few minutes to raise the internal temperature an additional 15 degrees. The time in the oven at this temperature will vary from cut to cut and depend entirely on the weight of the ham. While many store-bought hams will have the weight listed on the package, when buying from a butcher ask for the exact weight of your ham if it’s not already labeled.

When it comes to half or whole country hams, these should be soaked for 4-12 hours and boiled for 20-25 minutes per pound before draining, glazing, and browning at 400 degrees for 15 minutes.

To get started on your ham cooking journey, start with a simple and satisfying recipe like this classic Baked Ham, or a flavorful Mango Chutney Glazed Ham, and then be sure to get creative with your leftovers.