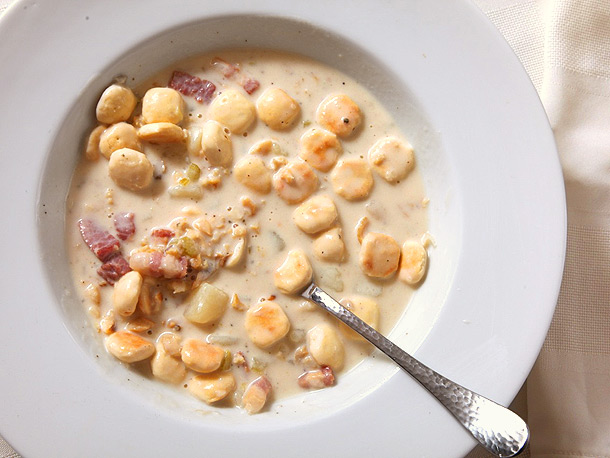 The flavor of a clam chowder should be delicate and mild, the sweetness of the pork complementing the faint bitterness of the clams, accented by bits of celery and onion that have all but dissolved into the broth, fading completely into the background. A good grind of black pepper and a bay leaf or two are the only other seasonings you need, unless you count the requisite oyster crackers as seasoning. I know some Yankees who do.

Note: For best results, use live clams. If live clams are unavailable, skip steps 2 and 4. In step 6, add 1 pound chopped canned or frozen clams to chowder before heating through to serve.