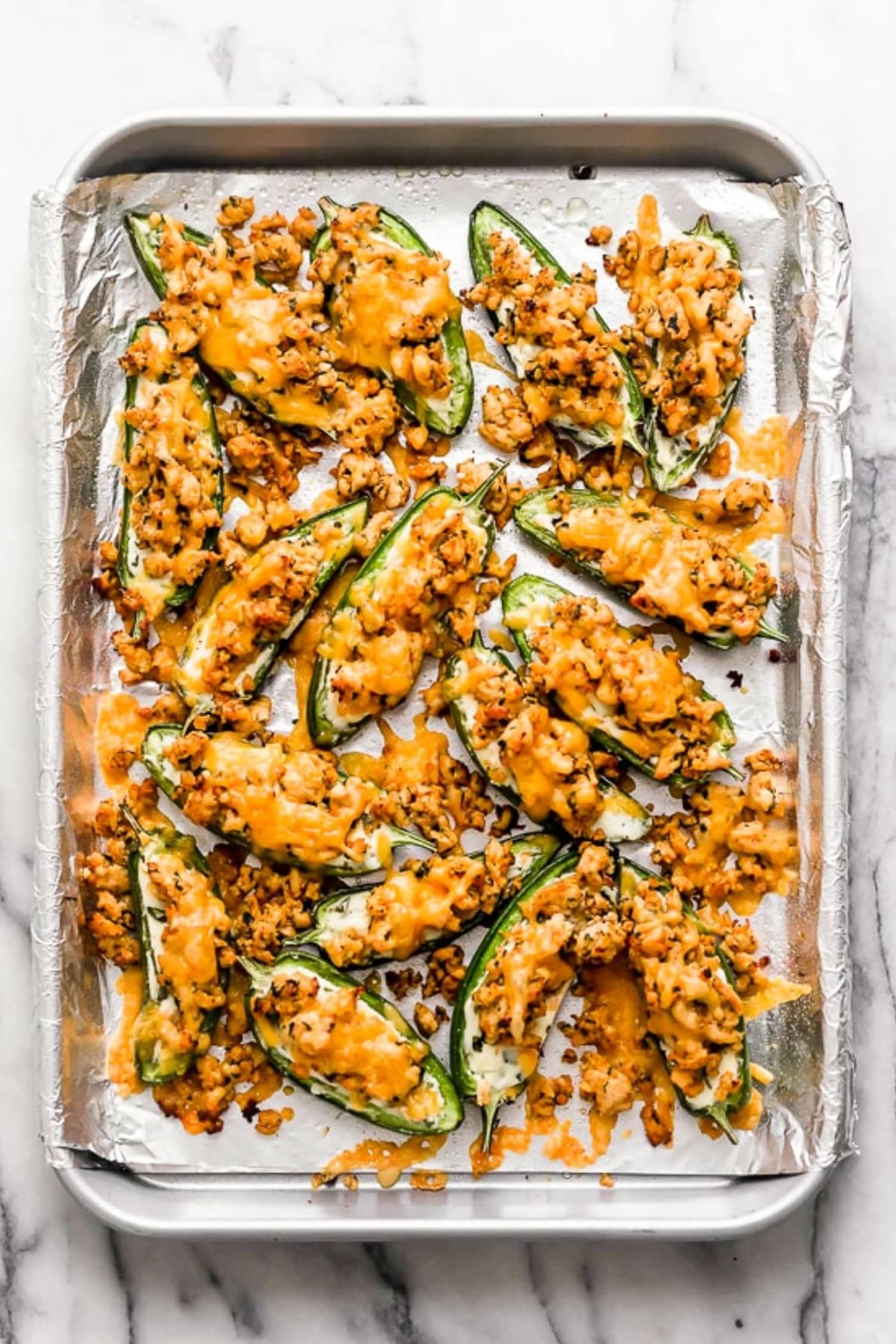 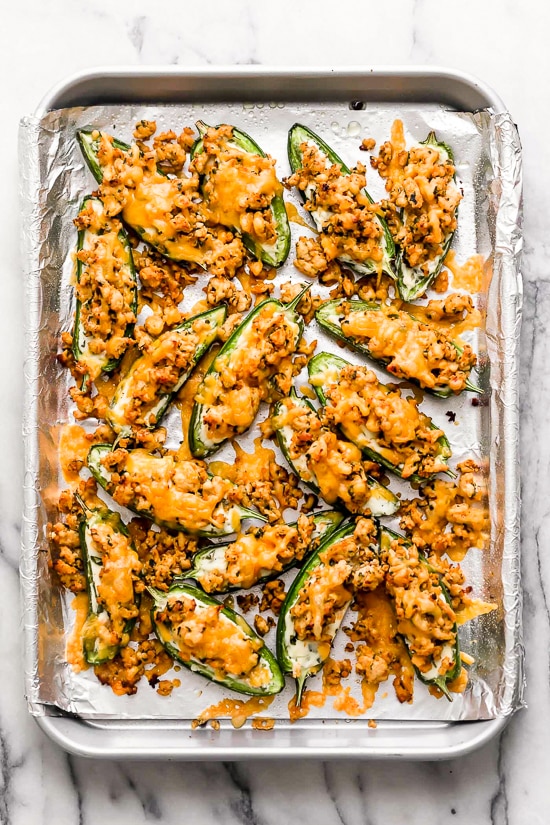 Jalapeño popper nachos sound like the sort of thing that happens when you’re indecisive, but you have a lot of cheese to cook with. Will you make jalapeño poppers? Nachos? In a situation like that you could make both, but you could also smash the two together into a wild, spicy Franken-food that will make it feel like it’s Super Bowl day, even if you’re just re-watching The Greatest Showman on Netflix.

Jalapeño popper nachos look like deconstructed, cheese-covered jalapeño poppers that are baked in the oven instead of fried. Or maybe they’re more like a plate of nachos, but with jalapeños instead of tortilla chips. Swapping tortilla chips for jalapeños does make the dish a whole lot messier to eat, though. Jalapeños are just not as good at being scoops for mounds of dip as chips are, so you’ll probably want to eat this with a knife and fork.

Start by sautéing ground turkey, onions, cilantro, and garlic with cumin, garlic powder, and tomato paste. While that cooks, make the popper filling by combining cream cheese, grated cheddar, and chopped scallions in a bowl.

For this recipe, you’ll need eight jalapeños, cut in half and with the seeds removed. Scoop some filling into each jalapeño, and bake those for about 15 minutes until they’re soft. Then cover them with the ground turkey and shredded sharp cheddar cheese and bake them for about three more minutes, or until the cheese is nice and melty. Then scatter black olives over the top, top it with pico de gallo, and drizzle sour cream over everything, and they’re ready to eat. They might be messy to eat, but they’re a spicy, low-carb take on nachos that people will definitely be talking about afterwards.

Get the recipe: Jalapeño Popper Nachos from Skinnytaste 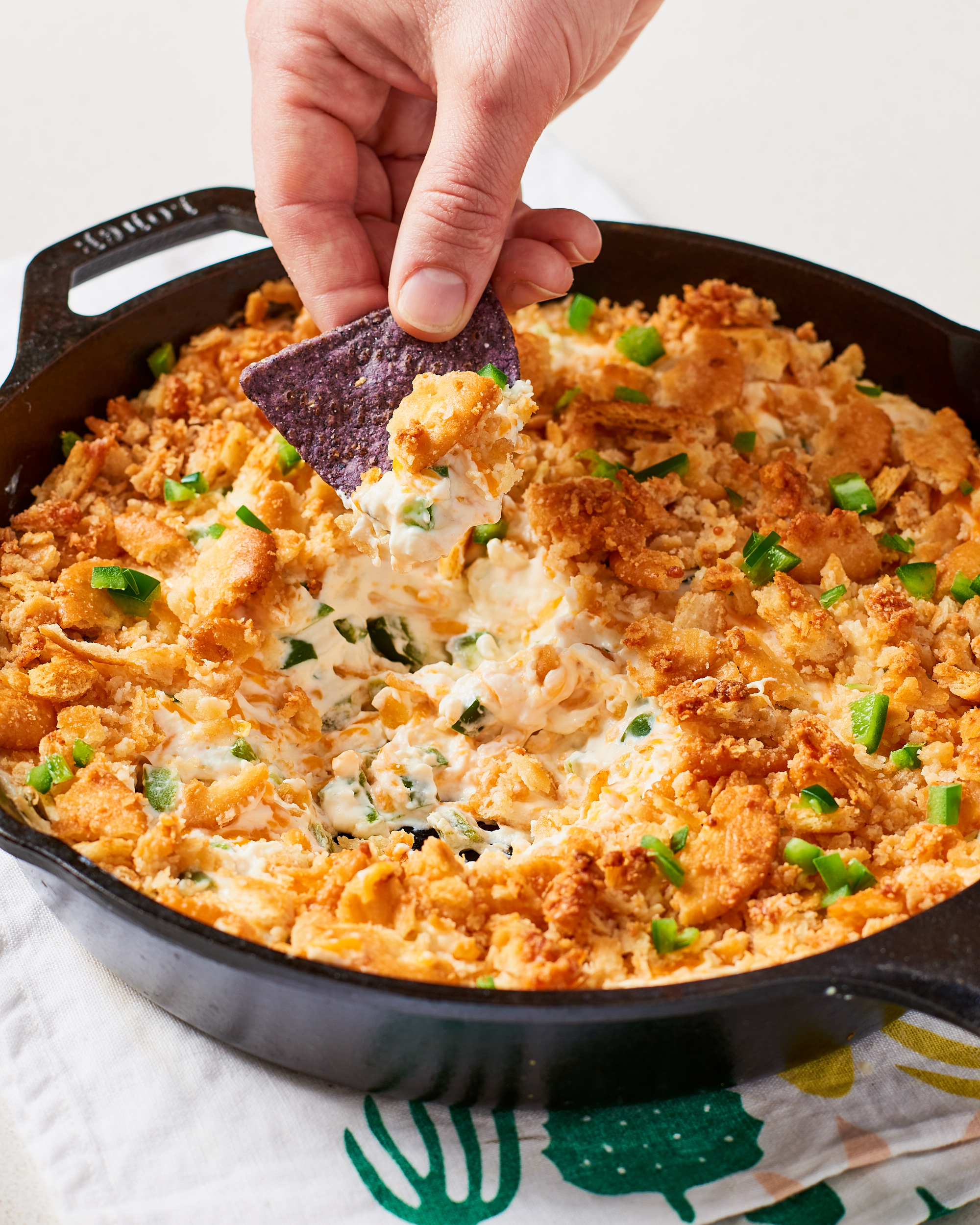