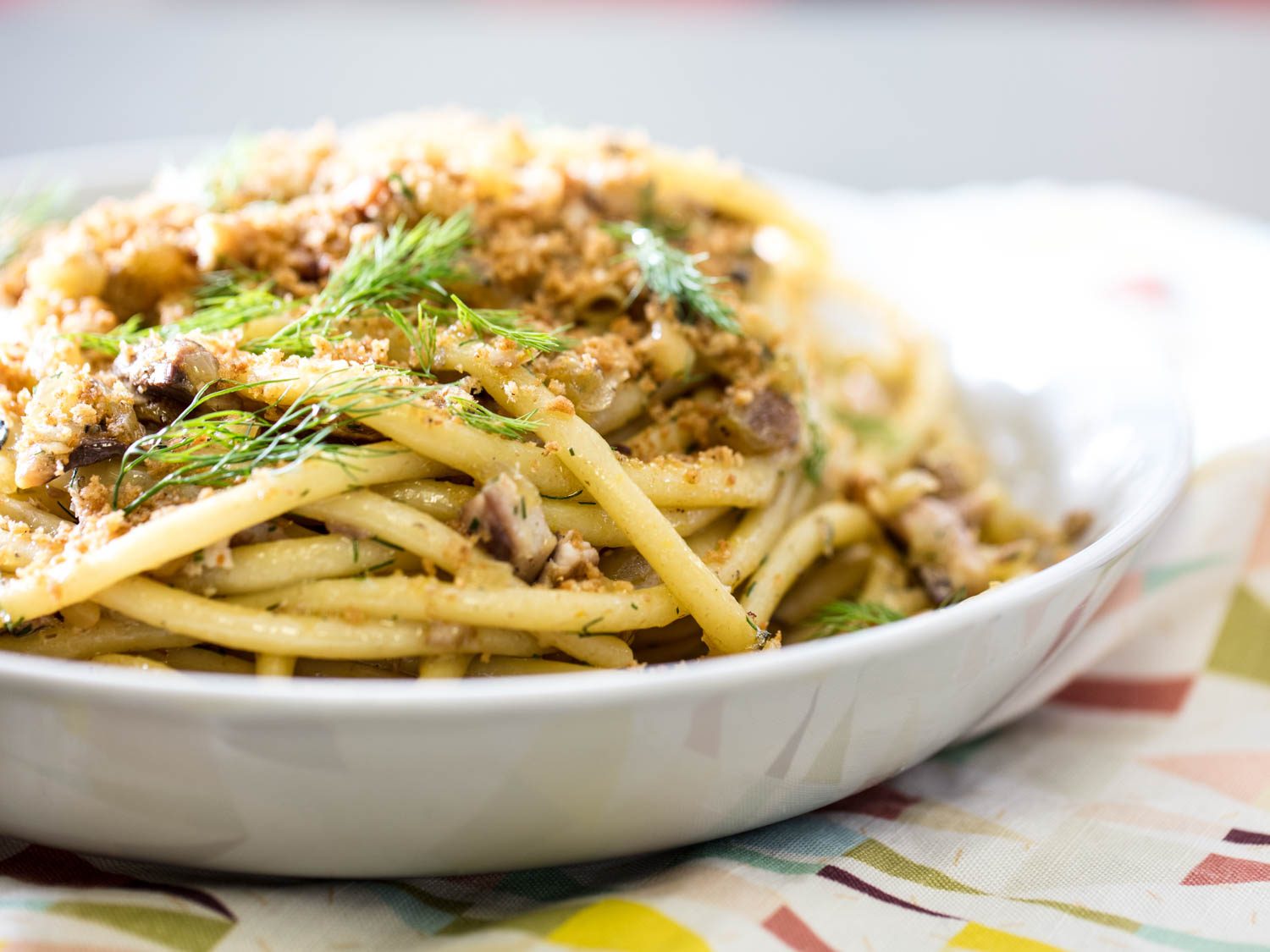 A classic pasta from Palermo in Siciliy, pasta con le sarde (pasta with sardines) is unlike just about any other Italian pasta dish. Heavily influenced by the cooking of Arabs who ruled Sicily more than a thousand years ago, it features long bucatini or spaghetti in a slick, luscious, and fragrant sauce made from onions, fennel, raisins, pine nuts, anchovies, sardines, and saffron. Instead of cheese, toasted and seasoned bread crumbs grace the plate.

Veganuary: 4 things you should know before switching to a plant-based diet