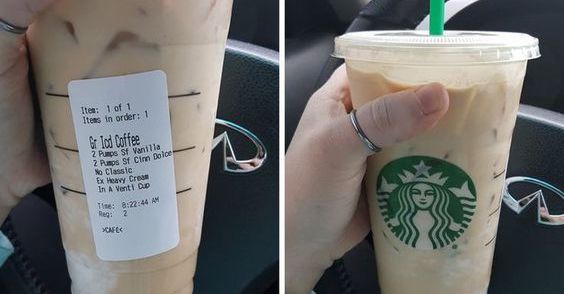 You’ve worked so hard to keep the rest of your diet strictly keto—why should your daily coffee intake be any different? Before you go ahead and despair that your Starbucks habit needs to be kicked to the curb with the rest of your carb-y favs, know that there are ways to order certain Starbucks drinks that’ll make them keto-friendly, too.
Below are some of the best examples of those Starbs drinks allowed during keto—plus exact instructions for how to order them.

There’s no real original drink to model this hotly contested keto drink after, nor can you really ask your barista for a “keto white drink,” so…
How to order: “Unsweetened Peach Citrus White Tea with a splash of heavy cream, 2-4 pumps of sugar-free vanilla syrup, no water, and light ice.”

According to Mr. Skinnypants, a regular Starbucks mocha nets about 20 grams of carbs, which makes sense, as it’s made with milk, whipped cream, and mocha sauce. You can make a few swaps to make it “skinny,” though.
How to order: Ask for “skinny sugar-free mocha sauce.” Replacing the the milk with heavy whipping cream and water helps, too.

This forever fav is not exactly healthy on a regular day, nor is it healthy if you just swap out a few of its ingredients—it’s largely made of milk, espresso, vanilla syrup, and caramel sauce. A barista recently suggested on Reddit you forgo the hot version of the drink (and it’s extra milk carbs) altogether and go straight for a tall or grande iced drink.
How to order: “Skinny caramel macchiato with almond milk and no caramel drizzle.“

For those unfamiliar with a London fog, it’s usually just a (delicious, carb-filled) combo of Earl Grey tea, steamed milk, and vanilla syrup. Swap the latter two things for whipping cream and sugar-free syrup and you’re good.
How to order: Don’t even mention a London fog! Ask for Earl Grey tea, a shot of heavy whipping cream, and, of course, a pump of sugar-free vanilla syrup.

You’d think most freshly brewed coffees would be keto-friendly, but that’s not the case. Luckily, though, Starbucks’ is.
How to order: “Pike Place Roast.” Other no-carb brews are the blonde roast, their featured dark roast, and more.

The same barista suggested a chai tea latte is one of the few Starbucks drinks that’s notcompromised by making a few keto swaps. Hip2Keto notes you can’t order this version online though—in-person is the best way to do it to be sure it comes to you correctly.
How to order: You’ve got a few options here. One is to ask for “chai tea with a splash of heavy cream and X pumps of sugar-free vanilla,” or an “iced lightly sweet chai latte, no liquid cane, breve.” [Ed. note: “breve” just means half-and-half instead of milk]

Again, this uber-popular, Instagrammable drink isn’t the hardest thing to make keto-friendly. The end result will obviously be less sweet, but it’ll be no less pink, which is the most important thing, no?
How to order: “Passion tango tea, sugar-free syrup, and heavy (or light) creamer.”

Just like the regular brewed coffee, Starbucks iced tea is generally pretty keto-safe, too! You’ll of course have to order any version of it “unsweetened,” but if you do want some flavoring, you’ve got options.
How to order: “Iced green, black, or white tea, with a pineapple fusion, unsweetened.”

The Americano is blessedly already pretty low-carb to begin with, which makes this yet another easy keto fix.
How to order: “Americano with heavy cream.”

A classic. Who doesn’t love a blank canvas of coffee?
How to order: “Iced coffee with heavy whipping cream.”

This beverage with add some flavorful spice without packing in any unnecessary cards.
How to order: “An Americano with only¾ water instead of all the way full, a large splash of steamed heavy cream and two pumps of sugar-free cinnamon dolce syrup.”

Keto Connect suggests stepping away from the sugary Frappuccino bases on the menu and customizing your own drink to get the same sort of flavor without the extra sugar.
How to order: “Iced coffee with no classic syrup and extra ice, three shots of sugar-free syrup, three shots of heavy cream, blended Frappuccino style.” 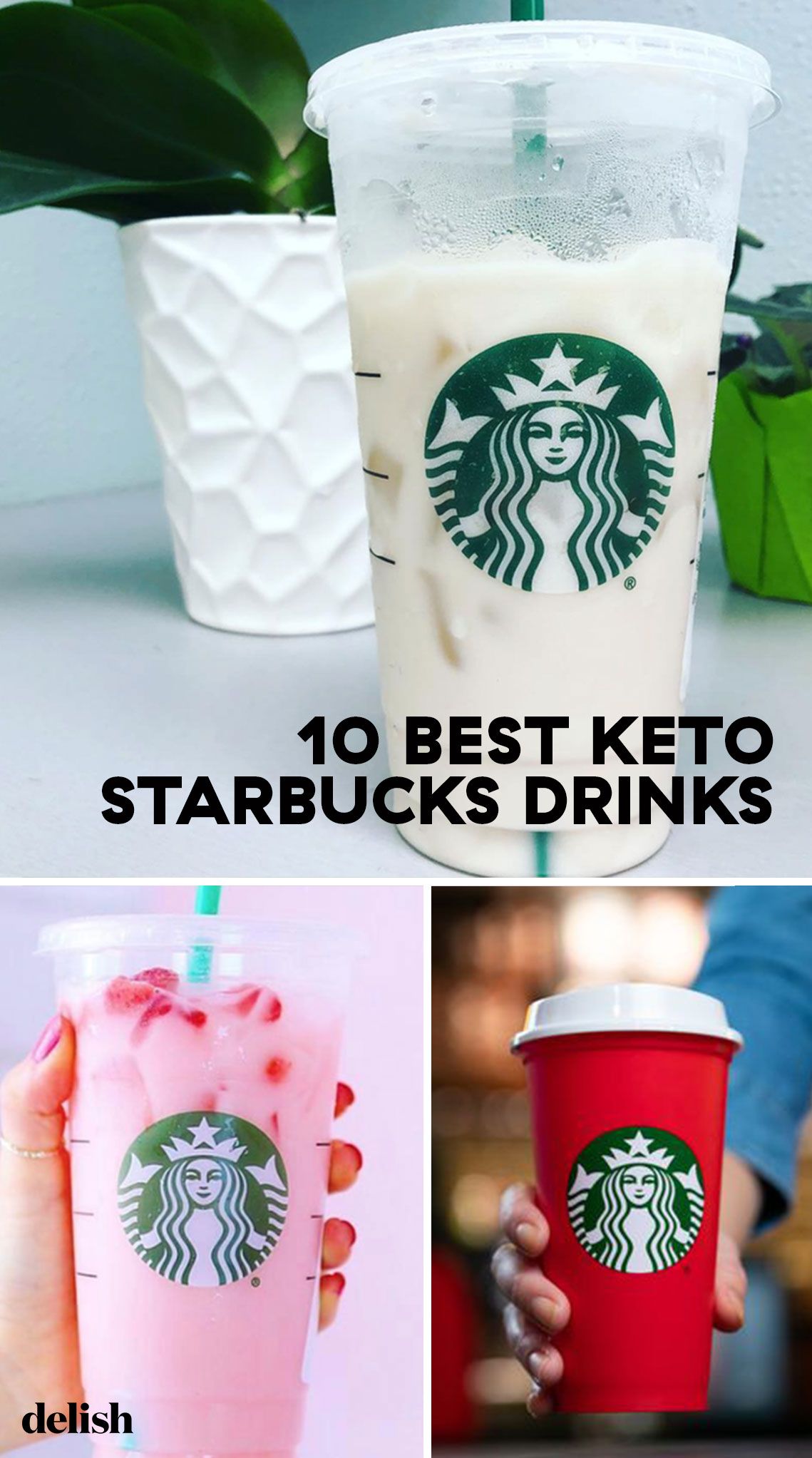