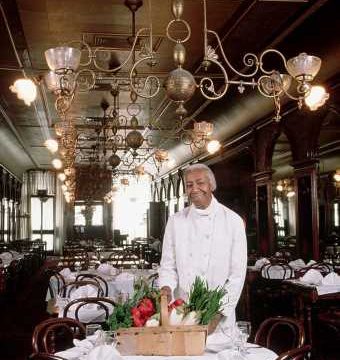 Edna Lewis was a renowned chef, culinary ambassador, and the godmother of Southern cooking (according to many)—and she created an unforgettable presence in the food industry. With an ability to inspire both novice and experienced chefs from the time she entered the restaurant business—and even now posthumously—the skilled Lewis grew to become one of the most respected women and chefs in the game. Lewis portrayed both grace and gumption in every meal she created and every move she made, continuously pushing for genuine Southern cooking to be protected and remembered. And while many who are currently in the restaurant industry (and some self-proclaimed epicures) are familiar with Lewis’s beloved cookbooks, there’s more to know. Who was the Grand Dame of Southern Cooking, really? Here are six things to know about Edna Lewis.

Edna Lewis was the granddaughter of formerly enslaved people.

One of eight children, Edna Lewis was born in Freetown, VA, on April 13, 1916. The town is rich with history as it was founded in the 19th century by three formerly enslaved people—one of whom was Lewis’s grandfather, Chester Lewis. During her upbringing, Lewis never missed an opportunity to learn from women older than her. As a young girl, she busied herself with home-taught skills such as sewing, baking, and cooking. She keenly observed the women near her as they completed each task; later, she would make their traditions and recipes famous.

Lewis held many jobs before becoming a professional chef.

After the death of her father in 1928, Lewis—just a teenager then—joined the Great Migration north by herself. She moved to Washington D.C. and then to New York City, and when she arrived, she nabbed a job at a laundromat. But the soon-to-be chef was fired after just three hours due to her lack of ironing knowledge.
Throughout her time in New York, Lewis worked at a communist newspaper, worked as a domestic (which helped put her younger sister Naomi through art school), campaigned for President Franklin D. Roosevelt after becoming involved in political demonstrations, and even became a highly sought-after seamstress (a talent she picked up in Freetown). The latter of the jobs landed her the opportunity to create custom designs for actresses Doe Avedon and Marilyn Monroe. She also worked to dress the windows for the now-defunct high-end store, Bonwit Teller. 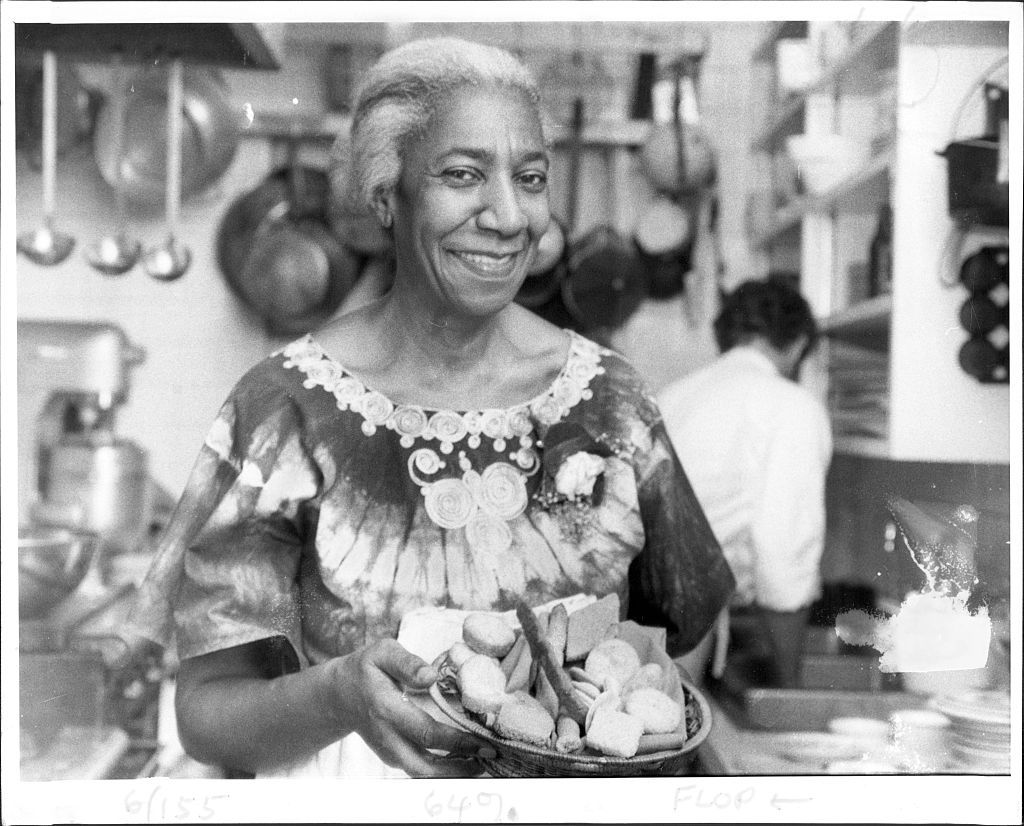 Already positioning herself to expand upon the legacy that her grandfather imposed, in 1948, Lewis was offered the opportunity of a lifetime and shifted gears. A good friend of hers—antique dealer Johnny Nicholson, who frequently attended the coveted dinner parties Lewis threw—was preparing to open a new café on the Upper East Side.
After a brief conversation, the two went into business together, and Lewis became the head chef at Café Nicholson, located on East 57th Street in Manhattan. Lewis created a menu filled with simple Southern delicacies, and her cooking drew in a number of celebrated faces: Paul Robeson, William Faulkner, Tennessee Williams, Gore Vidal, Gloria Vanderbilt, Truman Capote, Richard Avedon, and many more. The restaurant was a huge success, and Lewis served as chef until her departure in 1954.

Lewis’s second cookbook, The Taste of Country Cooking, broke barriers for African-American women and the South.

After her departure from Café Nicholson, Lewis—along with her husband Steve Kingston—spent time as a pheasant farmer in New Jersey until a mysterious disease killed all of the birds overnight. She also opened and then closed her own restaurant, taught cooking classes, began catering events and even served as a guide in the Hall of African Peoples in the American Museum of Natural History. It wasn’t until an accidental slip and fall that resulted in a broken ankle that she decided to put her recipes into book form.
Thus, in 1972, The Edna Lewis Cookbook (her first cookbook, with over 100 recipes) was released. It was impactful and praised by culinary figures of iconic stature such as James Beard and M.K.F. Fisher. But it wasn’t until four years later when her second book—The Taste of Country Cooking—was released that those who weren’t locals began recognizing her accomplishments. Revered as the book that brought back the interest and love to genuine southern cooking, The Taste of Country Cooking was one of the first cookbooks by a Black woman to reach a national audience. Through her writings, Lewis had the ability to teach—both recipes and history about the South—and share portions of her life by way of cooking.

Lewis lived and worked in many different areas including Chapel Hill, NC; Charleston, SC; and Decatur, GA—the last of which was her last place of residence. Living an accomplished life as a chef since the late ’40s, Lewis finally retired from cooking in 1992. Her retirement, however, didn’t prevent her from still being active in her initial mission of protecting the likes of Southern cooking. In the mid-1990s, the aptly named “Grand Dame of Southern Cooking” and a few friends founded the now-dissolved Society for the Revival and Preservation of Southern Food with a goal to keep the history of Southern cooking alive.

Lewis has won a plethora of awards.

Throughout her years in the food industry, Lewis racked up a number of awards and accolades. Most notably, Lewis is recognized as being the inaugural recipient of the James Beard Living Legend Award (1995). She was also named Who’s Who in American Cooking by Cook’s Magazine (1986), named the Grand Dame by the international organization of female culinary professionals known as Les Dames d’Escoffier (1999), received the inaugural Lifetime Achievement Award form Southern Foodways Alliance (SFA) (1999), was inducted into the KitchenAid Cookbook Hall of Fame (James Beard, 2003), and so much more. Lewis, at the celebrated age of 89, passed away in her home in Decatur, GA, on February 13, 2006. Posthumously, Lewis was also honored with the creation of a United States postal stamp in her image. 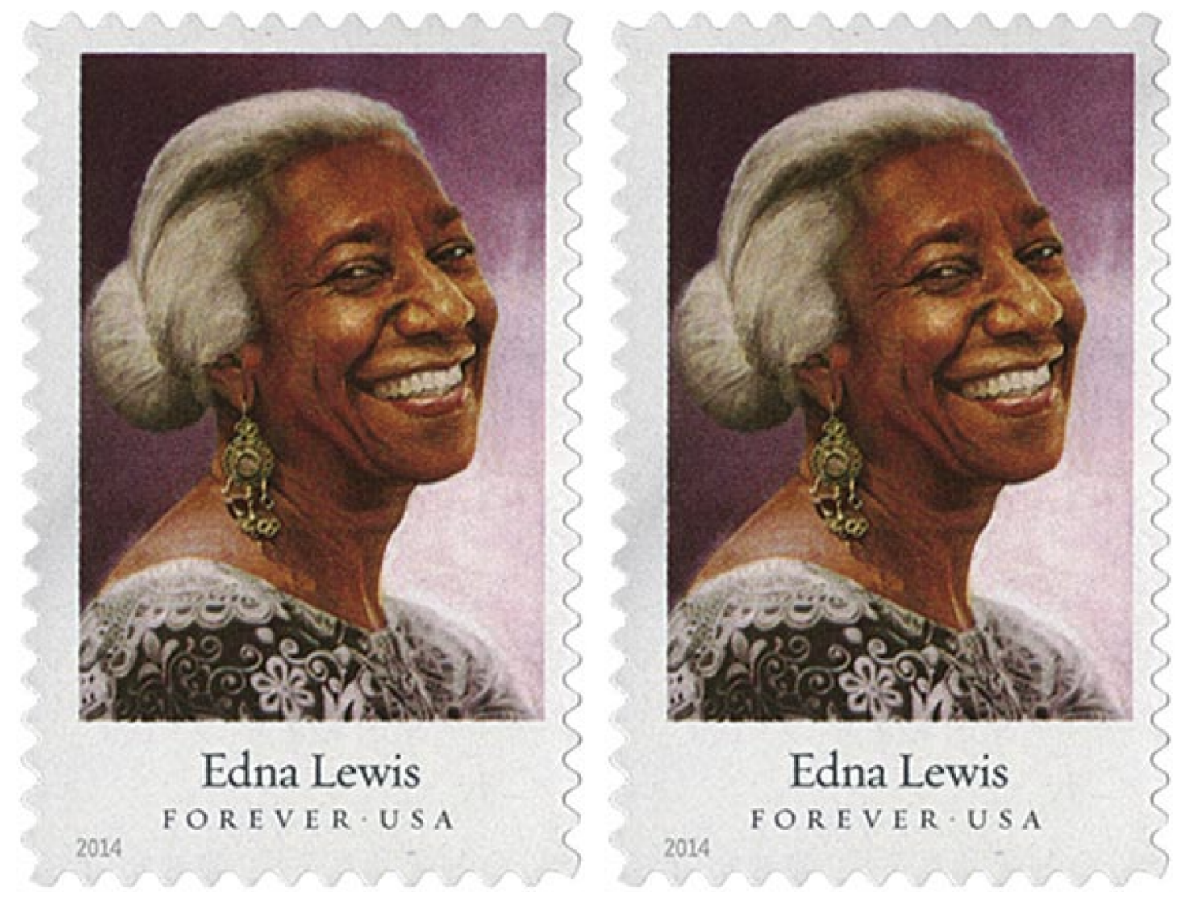 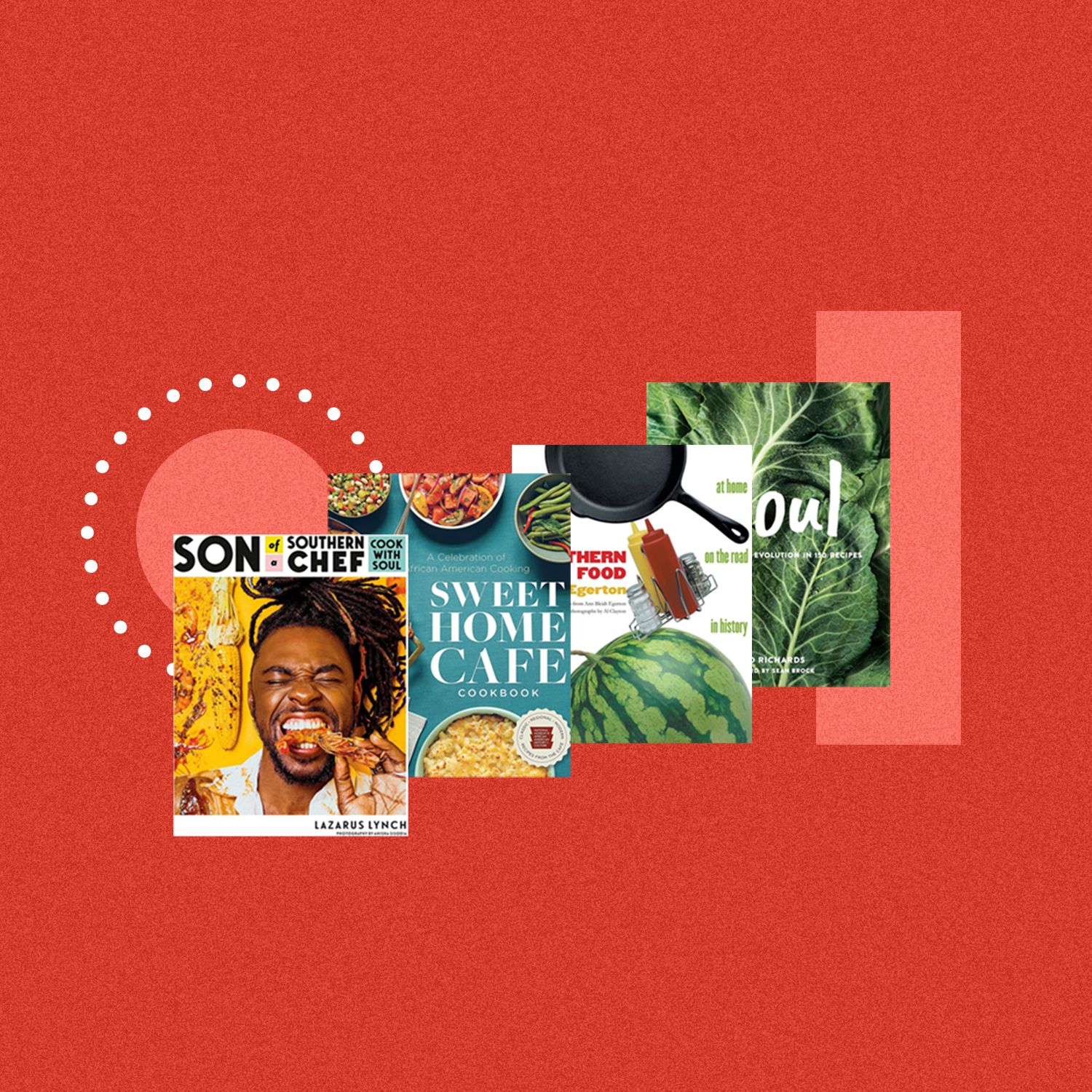 Instant Pot® Brisket Barbacoa with Poblano Peppers and Onions
We and our partners use cookies on this site to improve our service, perform analytics, personalize advertising, measure advertising performance, and remember website preferences.Ok