Woof. This one scared me. Canned fish is already risky business to begin with, then to pair it with a sticky-sweet milky substance is just adding fuel to the fire. So straight into the fire I jumped, buying not just one can of sardines but SEVEN different kinds. And yes, I tried all of them, dipping each bite into a bowl of condensed milk, and feeling bolder and more maniacal as the tasting progressed. 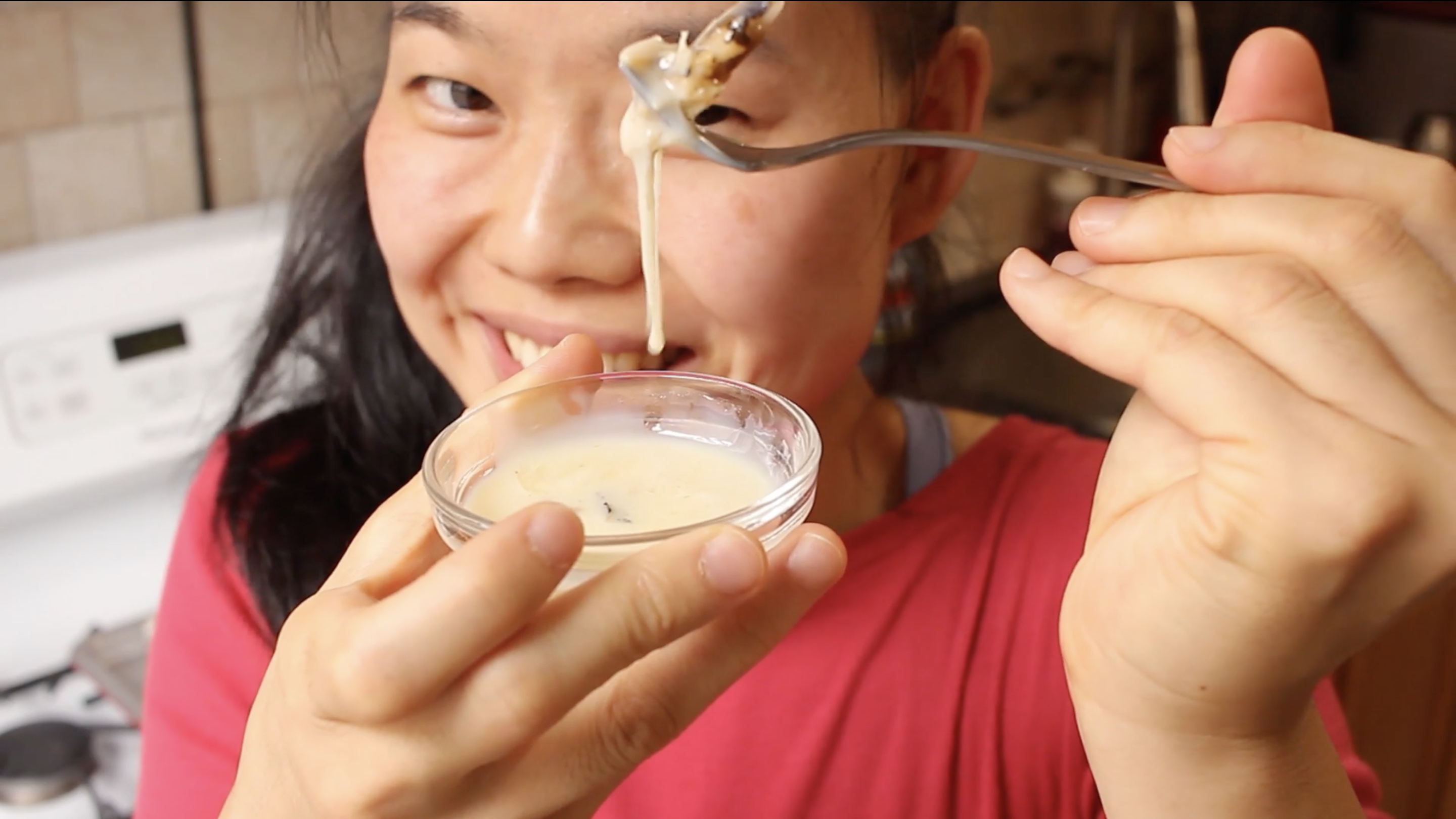 And guess what? I really got into the flavor combination! It reminded me of something I grew up eating and cherishing—a sweet Taiwanese tinned fish called “Old Fisherman Roasted Eel”—so by the end of the tasting, I was fully amped to get cooking. One thing I decided could elevate this pairing was adding some sort of a crunchy texture into the mix. 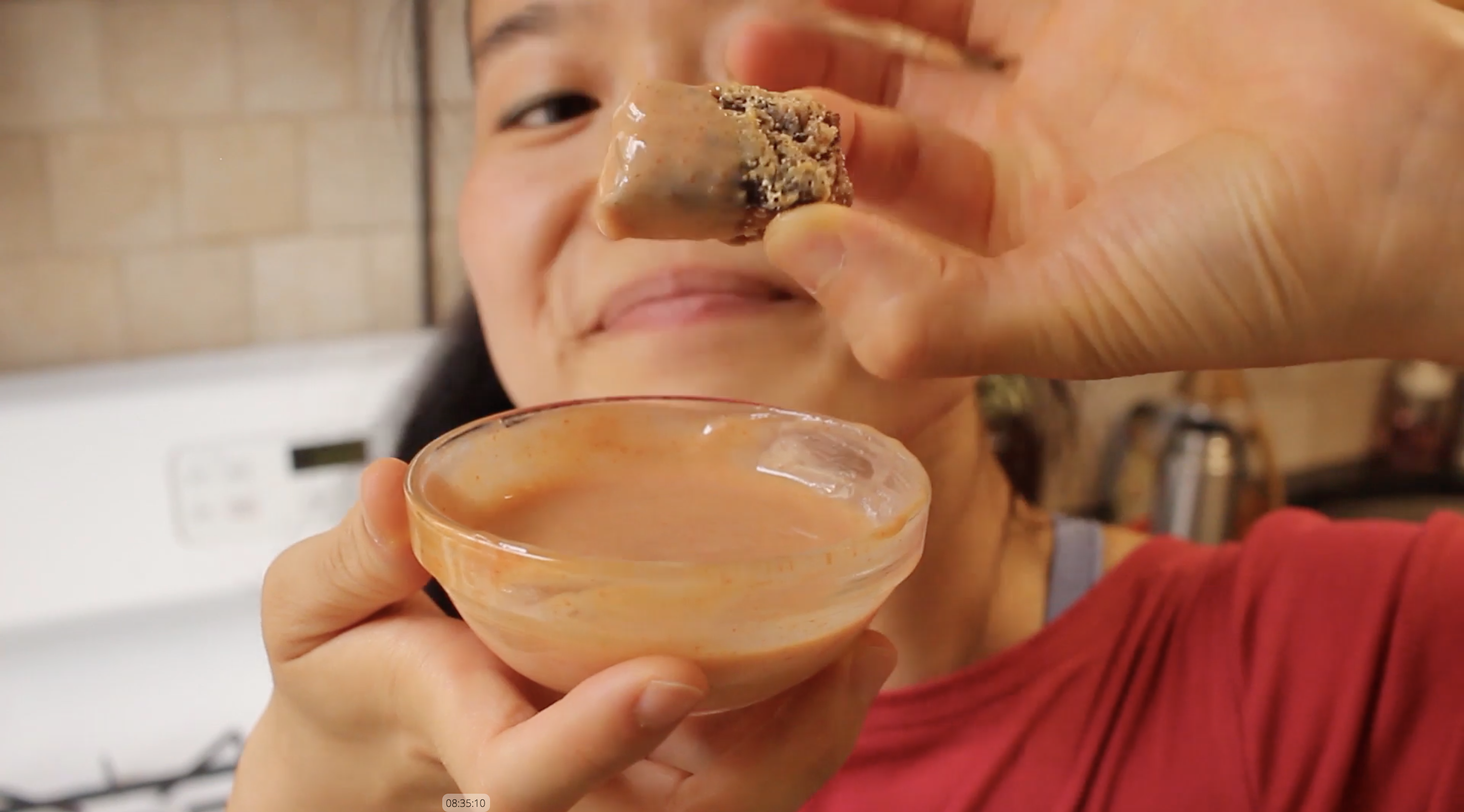 To make the canned sardines less…mushy…I breaded each filet in cornstarch then fried them in peanut oil until golden and crispy. I took the condensed milk and mixed in equal part Sriracha and a squeeze of lemon juice, whisking it until it resembled a smooth mayo-based special sauce. The result? Absolutely fantastic. In the moment, I gave it only an 8.1/10 but in retrospect, I’d recommend this combo 10/10.
Combo #2: Cheetos, chocolate milk, and chocolate pudding 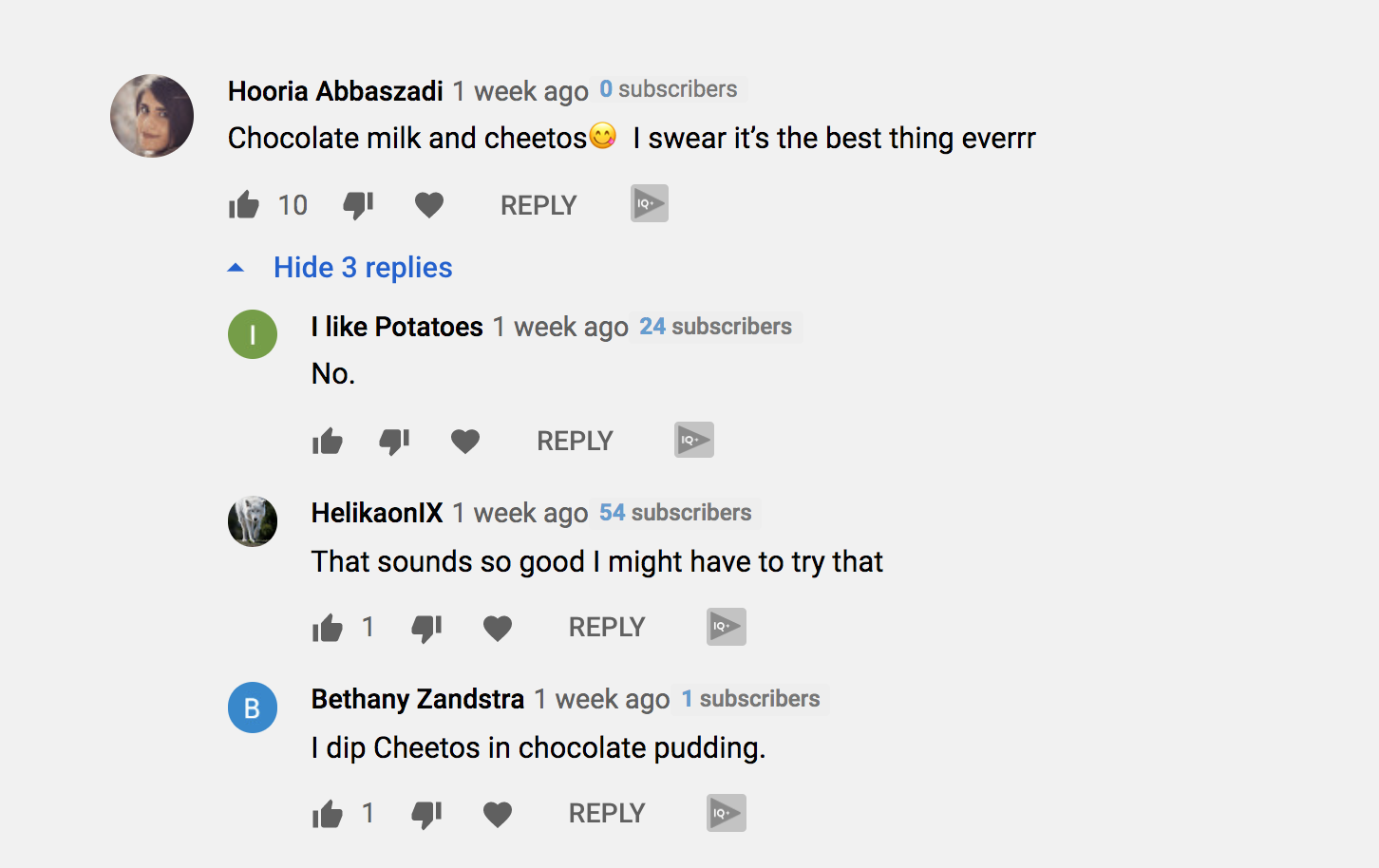 I was so looking forward to this combo because I love Cheetos to no end, and I love chocolate (like 99% of the world’s population). But *spoiler alert* this turned out to be the one I felt most lukewarm about. No matter how hard I tried, cheese and chocolate just don’t have chemistry together in this context. I will say that in my adventure, I found a new flavor of Cheetos that is surprisingly unique: Torciditos, a Mexican import, speckled with visible flecks of seasoning that tastes like a fancy flower married a smoky chile and lived happily ever after in cheesy domesticity. The texture is quite special, too: lighter than the densely crunchy Cheetos, but not as airy as the puffy variety. 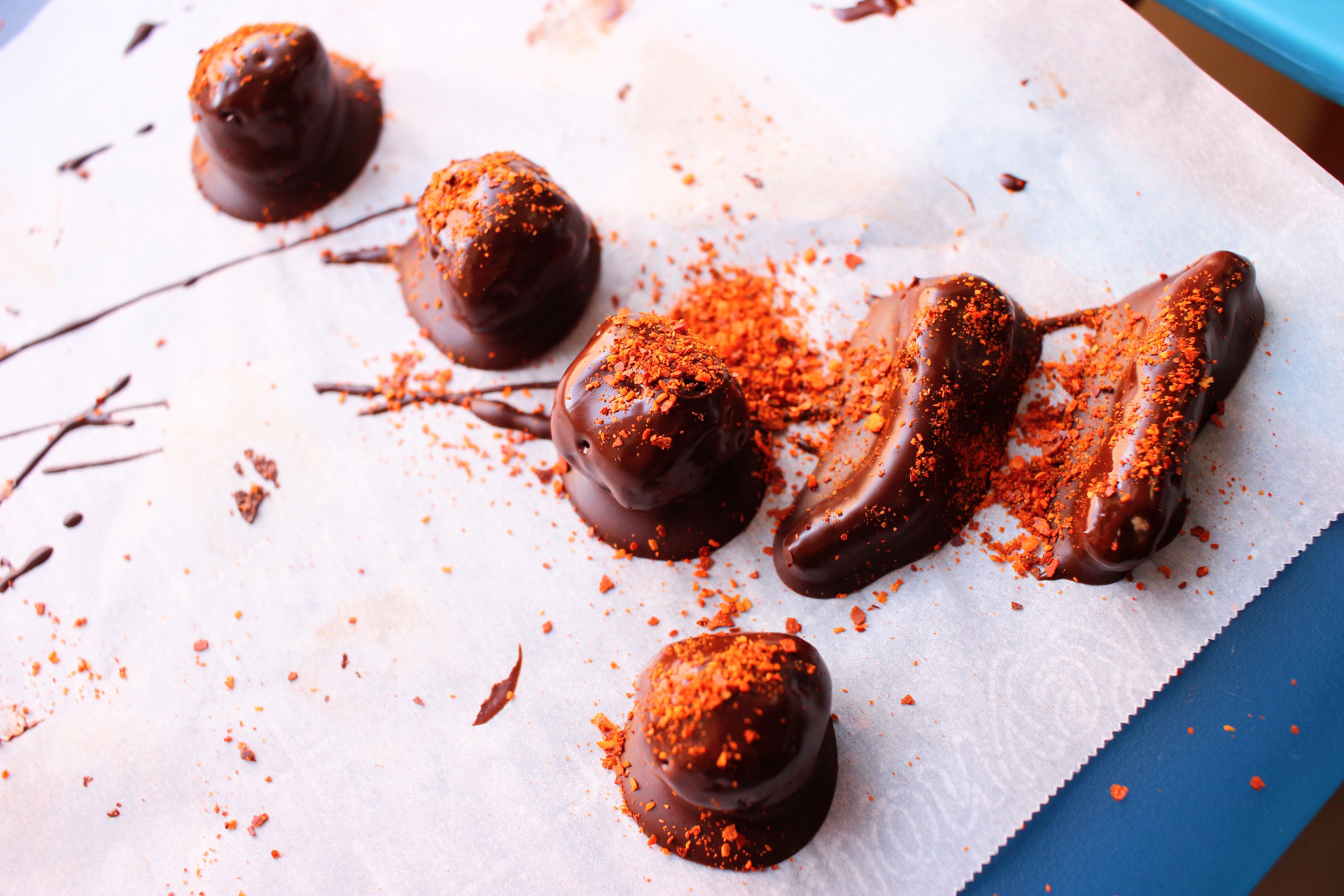 After a couple of failed attempts at making mug cakes with Cheetos powder and chocolate milk, I turned to inspiration from one of my favorite Japanese snacks: chocolate covered corn puffs. The eureka moment happened when I realized that it’s not so much the cheese and chocolate that taste great together, but that corn and chocolate taste great together. So I melted down some chocolate chips with coconut oil for a good melty consistency, then covered my various Cheetos in it. The winning combo has some chili flakes on top for depth of flavor: smoky, spicy, crunchy, chocolate-covered goodness.
Combo #3: Cinnamon raisin bagel and sliced American cheese 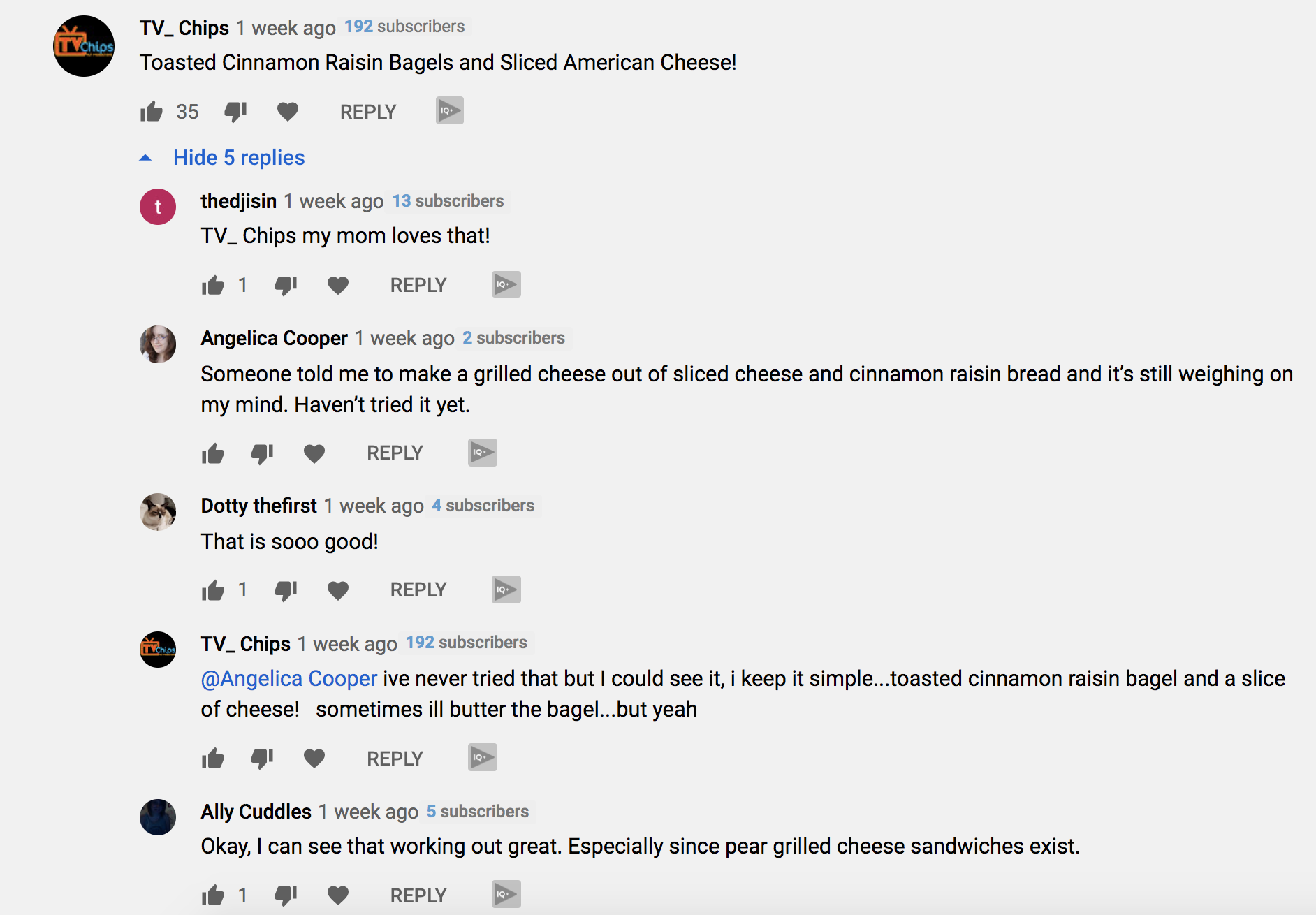 Straight off the bat, this one didn’t sound so terrible. I, for one, adore cinnamon raisin bagels (maybe even more than I love an everything bagel *gasp!*) and celebrate all processed melty cheese products. I mean, remove the conventional taste buds that you’ve been indoctrinated by and gaze upon how good this looks: To be completely honest, this combo really didn’t need to be taken to new heights—it was pretty satisfying as is. But since we’re playing this game, I decided to really jump off the cliff by making the ultimate schwasted-stoner-drunk-food mash-up: a cinnamon raisin bagel breakfast sandwich with Sriracha-condensed milk spread, peanut butter, a sunny-side-up egg, melty American cheese, crushed Cheetos dust, and more Sriracha on top. 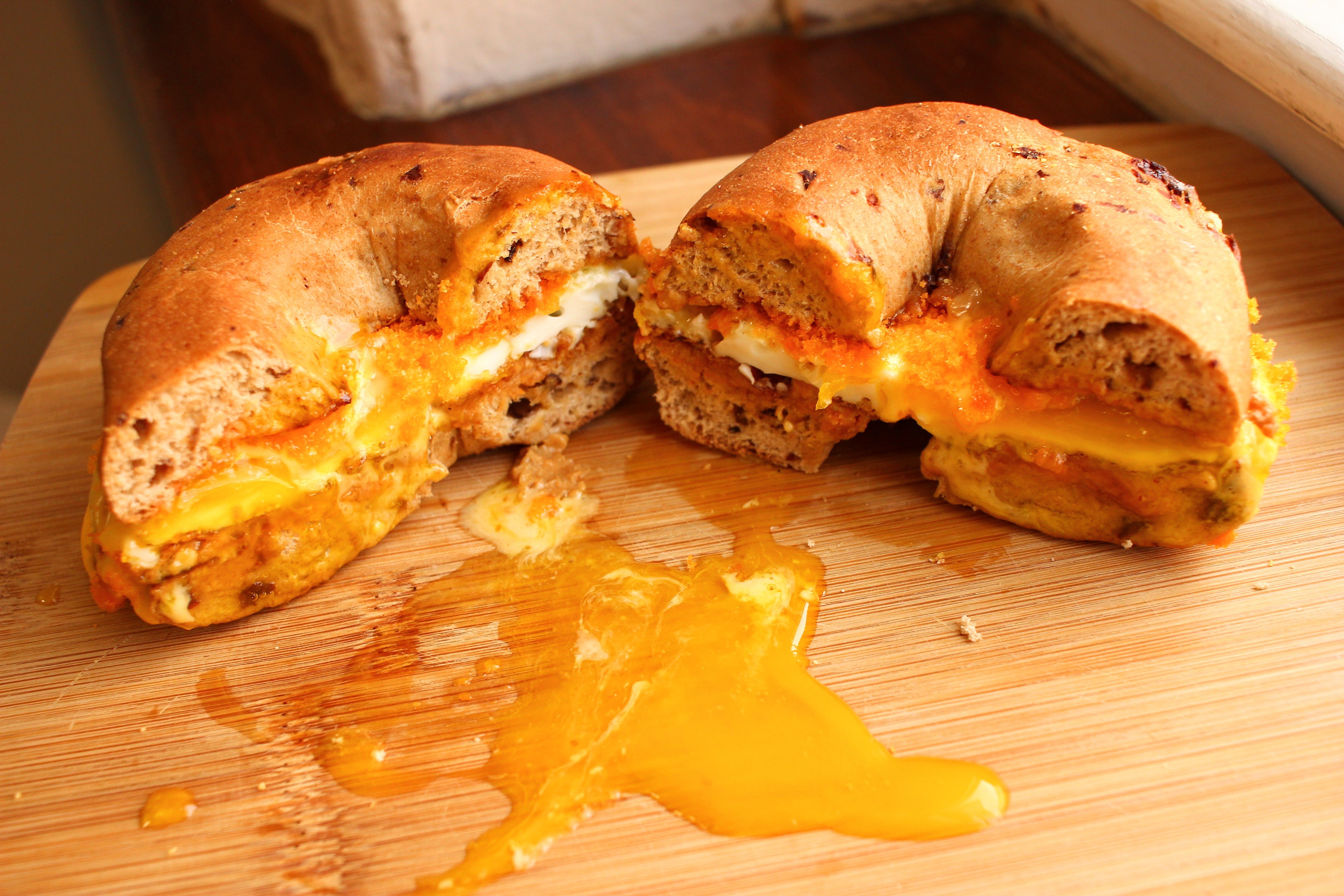 How did it taste? I think you’ll just have to make it yourself to know for sure.
Source: Read Full Article